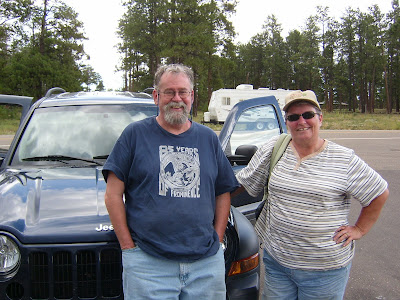 (Here I am with Robert Frye)

Have your ever volunteered to do something totally off the wall, just for the experience? I had the opportunity to do just that on Sunday. Ok, I was not exactly a volunteer because I got paid to do it. But I did volunteer for the job. I was hired as an Environmental Consultant for one day. And what a day it was!

I got up really early on my day off to drive the 43 miles down to Jacob Lake, where I met Robert J. Frye, a retired professor from the University of Arizona; Sarah, who is a biologist from Bryce Canyon, and Courtney, one of my co-workers. Robert has been tracking this rare cactus for several years. After the introductions were out of the way, Robert he told us a little bit about what we would actually be doing. 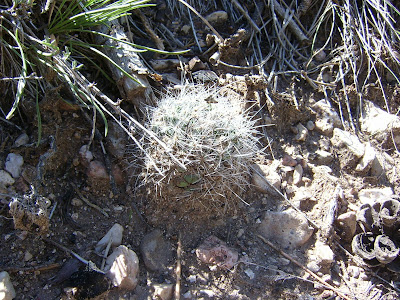 (This is a different species of cactus, a little bigger and rounder than the pediocactus)

We drove about half way down the Kaibab Plateau on Hwy 89A towards Page, then parked on the side of the road and walked a short distance through the woods to the first plot.

A plot is an area that is 10 meters in diameter, where pediocactus have been found in the past. If you are wondering at this point just exactly what a pediocactus is, click here for more information. This particular pediocactus only grows on the Colorado Plateau in Arizona, Colorado, New Mexico, and Utah. 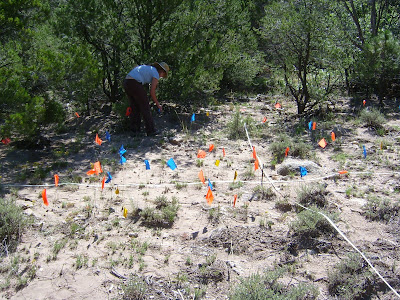 So, here is what we did. When we first arrived at the plot, we had to look for a metal rod sticking out of the ground, which marked the center of the plot. Next, we looked for another metal rod, which marked the north side of the plot. Then, we laid out measuring tapes in an “X”, with one going north and south, and the other one going east and west, measuring 5 meters in each direction from the center of the plot. Then the real fun began.

We crawled around on our hands and knees, looking for either the cute little cacti or a tag or a nail to indicate where a cacti used to be. At every location where something was found, we placed a little flag, somewhat like those used to mark utilities before digging.

After all the flags were in place and we were fairly certain there were no more to be found, we started collecting data. One person sat in a folding chair with a notebook and pen, while the other three people crawled from one flag to the next, calling out the angle of the location from the center of the circle, the distance from the center, the nail or tag number. If there was only a tag or nail, it was simply “nail found”. But, if one of the cacti was there, we used calipers to measure the size of it. These are little bitty cacti. 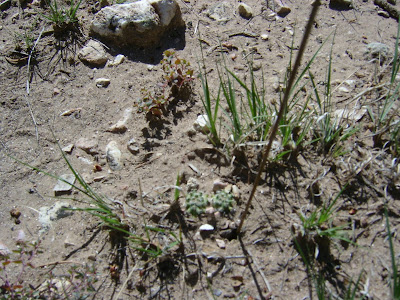 The measurements were in millimeters. We did find a few, but, sadly, the numbers are declining. 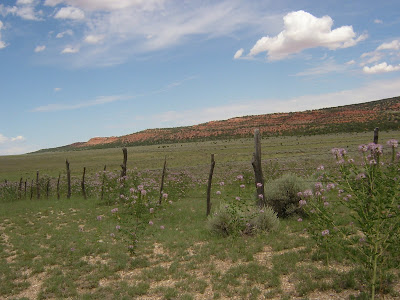 (Out in the desert near Vermillion Cliffs. Isn’t it just beautiful?)

After we finished collecting all the data, we picked up all the little flags and the tape measures, and drove to the next plot site. 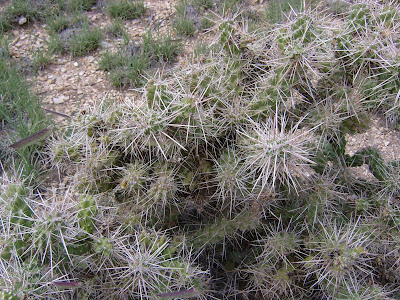 (This is a different kind of cactus. It was huge and looked dangerous.)

The second place we went was out in the desert. It was fun to go in the four wheel drive vehicle out across the desert to find the plot. 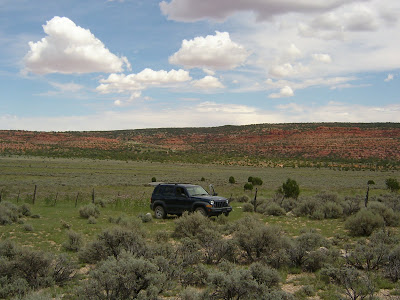 (Notice that you see no road in this picture.)

I even had to crawl under a barbed wire fence, twice. (Sorry, no picture to prove that interesting fact.) I had a lot of fun, and learned a little bit about how scientific data is collected. And, if I get the chance to work on another study, I’ll be out there in the desert—you can count on it.