When I hung up the phone from talking to Verizon’s customer no service department on Saturday, I was less than happy with the experience. The person I spoke with had offered to credit 50% of the $188.75 roaming charges that were on my bill from my trip to California. That’s roaming in MEXICO. When I told her that would be unacceptable, and asked to speak to a supervisor, she said someone would call me on Monday. And I thought, “yeah, sure” but I told her, “Yes, that is what I want.”

So, yesterday when was at the laundromat, my cellphone rang, and do you believe it was Verizon? The very same person I spoke with on Saturday told me she had discussed my bill with her supervisor and they had agreed to take off 100% of those pesky roaming charges. Just like that. No further discussion, begging, pleading, or letter writing required. I thanked her very much.

But then, it made me wonder why put those charges on there to start with. I think maybe there are a certain percentage of people who just pay the bill, no questions asked. And there are probably another certain percentage of people who make the call to ask for a credit, and the first line person offers 50% credit, and they are happy with that, and pay it. And Verizon laughs all the way to the bank.

I am not normally so cynical about things like this, but dang it, 50% of that bill would have been almost $95.00. That is a lot of money out of the customer’s pocket and into Verizon’s, just for using your cellphone service in an unfortunate location. And their TV ads, the “Can you hear me now” ones, as well as the newer ones that tout their “network”, what a crock. Those adds make you think you can get service anywhere you go. I was sitting in a deck chair, at the beach, in a well populated town, and couldn’t make or receive a call.

And to be honest, I didn’t even try to use my cellphone because IT actually told me I was roaming, and I was afraid those charges would accrue. But when I tried to use my internet wireless card, no such message was received. That wireless card was picking up three bars, but when I tried to connect, it was very, very slow–it took me OVER AN HOUR to get to my g-mail account to try to read my email. That was the only time I tried to use it, the rest of the time I went to the coffee shop. So, for ONE HOUR of internet usage, that was incredibly slow, I was charged $188.75.

So, now that my rant is over, the point I would like to make here, is that if you are traveling near the border, either with Mexico or with Canada, and you use your cellphone, pay attention to your next bill. You could be roaming in devious territory.

While Imperial Beach, California is a great vacation destination, the main reason we go there is because it is where FabGrandpa grew up. His Dad was in the Navy and was stationed in the San Diego area for many years. One of the things I love about going there is that while we are driving down I-5 to Palm Avenue, there is a subtle transformation going on over there on FabGrandpa’s face. The closer we get, the happier he seems to become. By the time we see this sign, he is grinning from ear to ear. I can almost see his brain whirling with memories. 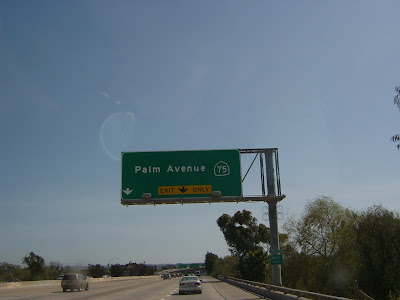 He is always shocked at first to see how much the area has grown and changed since he was a kid here. 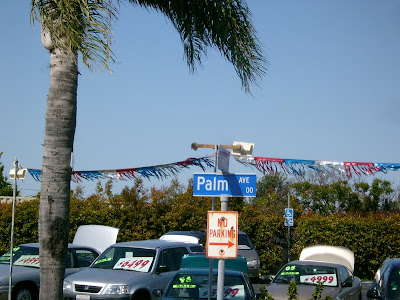 He has a running narrative about how that place used to be a Piggly Wiggly store, and that place over there was where they went to the movies, and how it is hard to remember exactly where such and such was. But, it is still Palm Avenue, and Lydia’s Mexican Restaurant is still there. 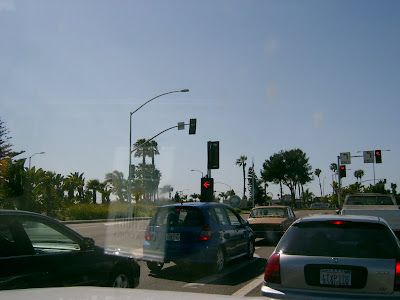 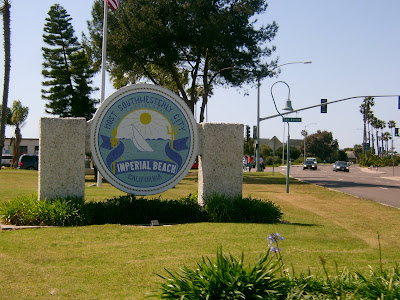 I love to see this sign, because it means we are at our destination. We found this little motel the first time he brought me here in 1994. I do not know when it was built, but it was not there when FabGrandpa was growing up here. It was built on the beach where he used to play with his brothers and friends, about a hundred yards from the pier where they spent many days and nights fishing. It is the only motel in Imperial Beach that is right on the beach. We love it, and hope the new they build will be a place we love as much as we love this one. 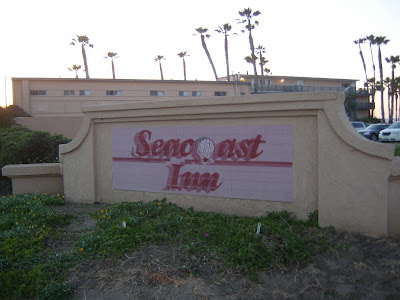 This is the park at the entrance to the Imperial Beach Pier. I don’t know who designed it, but it always looks sort of like McDonald’s arches to me. There are several arches in different colors that light up at night. On warm nights we usually walk over to the pier and go all the way to the end. There are always a lot of people on the pier, fishing, strolling, walking, hanging out. It is the place to be in Imperial Beach. 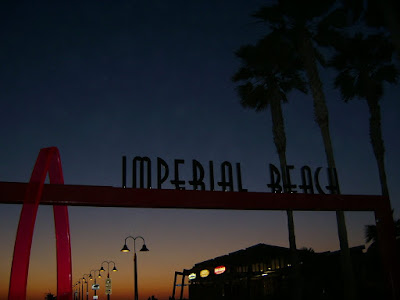 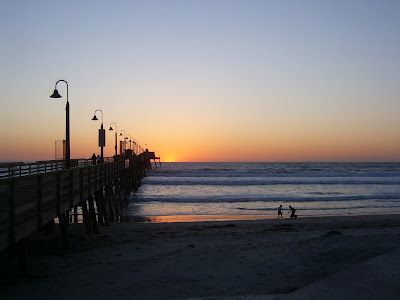 So I was planning to write all about our vacation every night but then… We got to the inn, which I still love so much, but they do not have wireless internet, AND my Verizon Wireless card does not get a signal in the room here. AND my cellphone says I am roaming–In MEXICO!!! Which I am not because I am still in California.

Then, on top of that, FabGrandpa is sick–he has been making good use of the bathroom here at the inn. Throwing up, and, yeah, that other end stuff, too. I know if he doesn’t make it there the motel maid is sooooo going to be doing the clean-up. He is hoping that it is only a 24 hour virus bug and that he will be better tomorrow. And I am hoping like crazy that is something he ate so I won’t get sick next.

So, since I have to walk two blocks down to the internet cafe to get online, and they are charging a heft $3.00 PER HOUR, I won’t be posting vacation blogs until we get home. For now, though, since I already paid the $3.00 to get online, here are some pictures from the trip yesterday, and the beach: The Sand Dunes in California along I-8 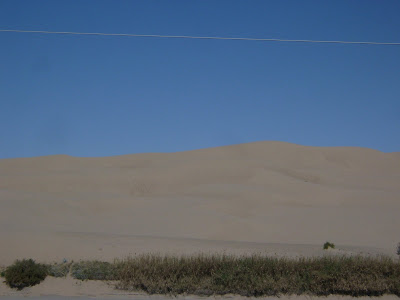 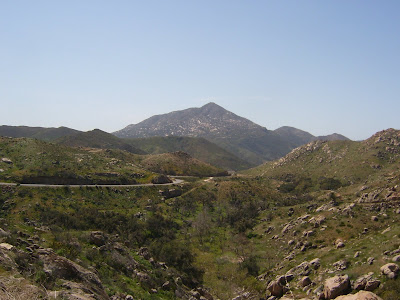 Part of that fence along the border 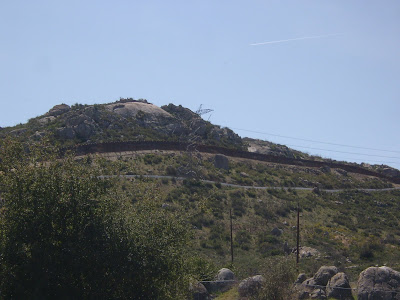 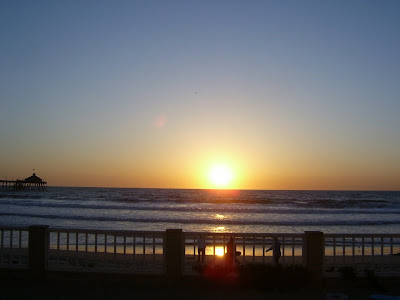 FabGrandpa and I were feeling cabin feverish today, so we decided to drive over to 29 Palms, California. It is about 160 miles from us. We crossed over the Colorado River in Parker, Arizona. We wound up in Joshua Tree National Park, which was a fabulous treat! 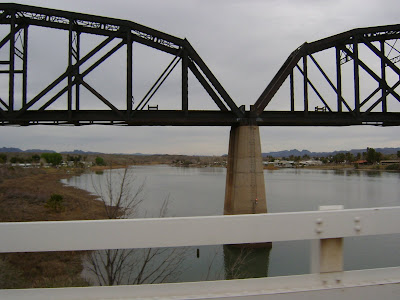 Hwy 62 is mostly straight, after this big curve. We drove all the way over to the other side of those mountains. 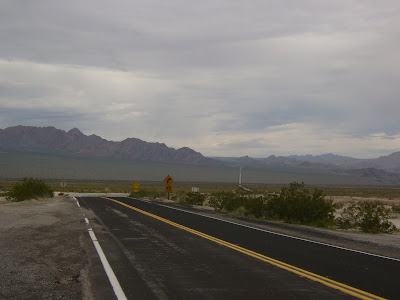 Was this a lake or a mirage? We couldn’t tell, but there was a lake shown on the map. 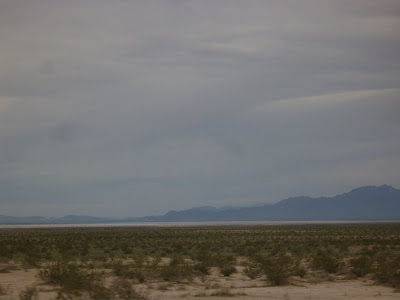 We drove through Joshua Tree National Park. We had not been here before today, and were amazed at the huge rock formations. 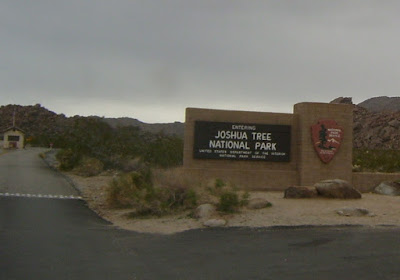 The Joshua Tree is really a yucca plant. They get amazingly tall for yuccas. They are taller than Jim. If you want to see the rest of the pictures, go on over to Facebook and look me up. You can find me by using my email address: fabgrandma at gmail dot com. Or, you can send me an email and I will add you as a friend.