Winter can be the most challenging season for both car and owner. The extreme low temperatures put extra strain on both the mechanical and the electrical components of the car. There are however, some methods these problems can be avoided. Here are some helpful tips for dealing with the extreme winter climate and enjoying a safer driving experience. It’s time to winterize your car. 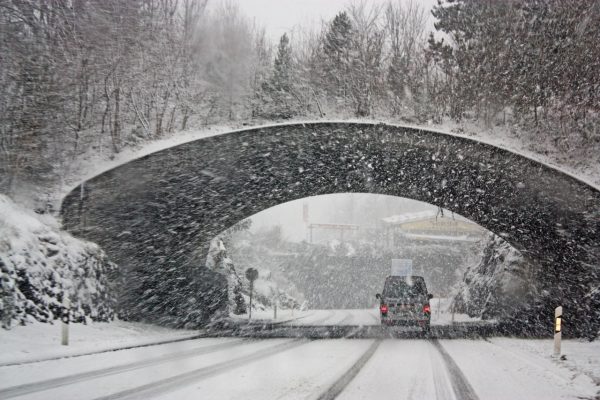 These are a must for winter driving. Even though you might live in an area where it does not snow a lot, or the streets are kept free of snow, there is still the issue of optimal tire temperature. Summer tires lose adherence once the temperatures reach freezing point and thus, the tire has less grip on the road which affects both braking distances and cornering stability. All season tires are a compromise between summer and winter tires, and although they perform better than summer tires in winter, they fall behind dedicated winter tires. Unless you’re on a tight budget, avoid all season tires. Tire chains should be kept at hand if there is the risk of encountering thick snow. Tire chains should be installed on the “traction” wheels.

During sub-zero temperatures, the car’s battery is put under extra strain. First of all, the battery has a tendency to go bad under below freezing temperatures if the car is not driven often. To make matters worse, when starting a car in a cold winter morning, more cranking amps are required since the car’s electric starter motor has to overcome the initial viscosity of the cold engine oil. That’s why it’s advisable to take the battery to a battery shop to get it load tested at the beginning of the cold season and determine it’s condition. The battery shop’s specialists will tell you if it’s time for a new battery. The condition of the battery can also be assessed by the owner. If the initial starting crank up tends to feel slower than it did in the past and if measuring the “cold” battery with a portable Volt-meter yields less than 12,2 Volts the battery might be going bad. It’s advisable though to double-check with a specialist before replacing the battery. Taking your car to your dealership for winterizing is a good idea if you don’t know how to check these things yourself.

Coolant is vital to an engine even in winter time. However, in winter there is also the danger of coolant freezing up inside the engine and damaging the cooling system. Thus, it’s vital to have the proper anti-freeze mix inside the engine. Antifreeze is a form of alcohol and must be mixed with distilled water according to the directions on the label. The more antifreeze is in the mixture, the lower the temperatures the mixture will withstand. Plan your mixture carefully, allowing for the lowest temperatures that your car might encounter. Antifreeze should be always be kept within the limits marked in the engine compartment or in the car’s owner’s manual. If the level of antifreeze goes down while driving, there might be a leak in the engine cooling system. Seek the help of a professional mechanic at your auto dealership in this case. Also, antifreeze should be changed each two years. The windshield washer system should also be replenished with proper cold-resistant washing fluid.

Winter time means hard time for both the engine and transmission oil. It’s advisable to change the engine oil before the arrival of the cold season, according to the car’s user manual or an knowledgeable mechanic. Internet forums dedicated to your particular car make and model usually have good advice on this matter. As a rule of thumb, the lower the temperatures the more the viscosity of the oil increases, and thus, the lubrication properties of the oil are diminished, translating in more engine wear and bad fuel economy. To combat this problem a “thinner” oil is required. This is also true for the transmission oil, but on modern cars usually this matter is best to be left to specialists.

The defogging system of the car is vital to ensure optimal visibility during winter driving. Also, the heating system must be in top condition, to provide both comfort for the occupants and melt the ice forming on the windshield, rear and side glass. Check the functionality of those in preparation for the cold season. If these systems do not work on your car refer to a dealership mechanic. In emergency, fogging on the windows can be prevented either by leaving the windows down an inch or two or by wiping them with a mixture of 50% alcohol and 50% household windows cleaning detergent. It might be a good idea to get a car alarm with the remote starting of the engine feature. That way, you can start the engine from the comfort of your own house a couple of minutes before and find the car already warmed up. For those living in extreme winter areas, there are also auxiliary gas heaters available, which do an excellent job of heating up the interior of the car, and even the engine coolant to aid the initial start up. These heaters are expensive, though.

There are a couple of things everybody should keep in their car during the cold season. Things such as a small portable shovel for digging up fresh snow, a flashlight, an ice scraper for cleaning the windshield and windows, a “de-icer” spray available in most auto stores and chain stores, tire chains and a spare pair of gloves and warm sweater, just in case.

These are just some of the basic measures that can be taken during the cold season driving. With these in mind, and common sense winter driving becomes less challenging and it can even be enjoyable on it’s own.