Back in 2006, before I started writing Fabgrandma.com, my husband and I decided to get a job in Virginia so that we could be close to our daughter, Becca, for the season. I checked my resources for jobs in the area close to Richmond and Norfolk. There were several jobs listed in Workamper News for seasonal positions in Virginia Beach. We applied to a couple of them, and were accepted at a privately owned campground just a couple of miles from the beach. It sounded like a great place to work, with good pay for every hour that we worked, a full hookup site to live on while we worked there, and several other perks.

When we arrived at the campground, we discovered that it was also just a few miles away from the Naval Air Station. The sound of jets taking off and landing at all hours of the night and day could not be concealed by the thin walls of an RV. So, about two weeks after we got there, we started looking for another place to work. Our requirements were that it be close enough to Richmond to visit friends who lived there, and close enough to Norfolk to visit our daughter, and that it was QUIET. 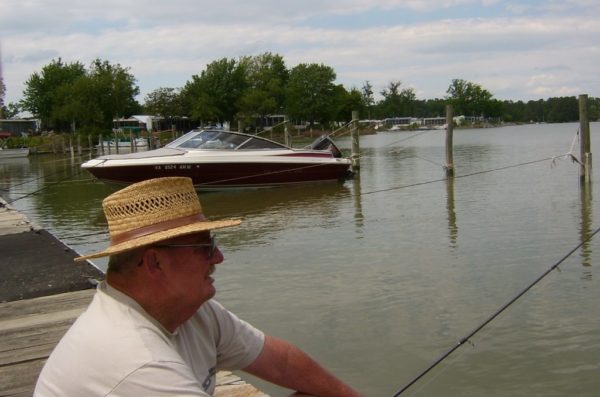 I got out my job resources again, and found another campground about 70 miles north of Norfolk, and 60 miles east of Richmond, on the Rappahannock River. This campground was usually visited by weekend campers, so during the week it was pretty quiet. There was fishing available in a lake on the grounds, and also in the river. I could put a crab trap in the water on my way to work in the morning, and harvest three or four crabs when I got off work in the evening. Bethpage Camp Resort was a nice enough place to work, with pay for all hours work, a full hook up site to live on, and a bonus at the end of the season. The campground had many themed weekends, which were well attended, with many repeat campers throughout the season. We enjoyed living there.

While we worked there, we explored the area around us, as usual, and found so many places we wanted to go to several time. There was an asparagus farm where  you could get fresh cut asparagus at a ridiculously low price. A gas station in the country that had been converted into a small restaurant, Something Different, where they sold the best crab cakes I ever tasted. The city life was accessible within an hour or so to Richmond or Norfolk. We made some very good friends that year, whom we have kept in touch with all this time. One couple, Lynda and Charlie, live in Washington State, another couple lives in Florida. And one lives in Texas. Moving from that loud campground in Virginia Beach was a good decision for us.