I decided that while we were having work done in the bathroom, I would go ahead and paint it again. This time I chose a bright aqua color called Island Aqua. It coordinates well with the shower curtain and rugs I already have. My neighbor, who had done so much of the work around our house for us, came over and painted for me. 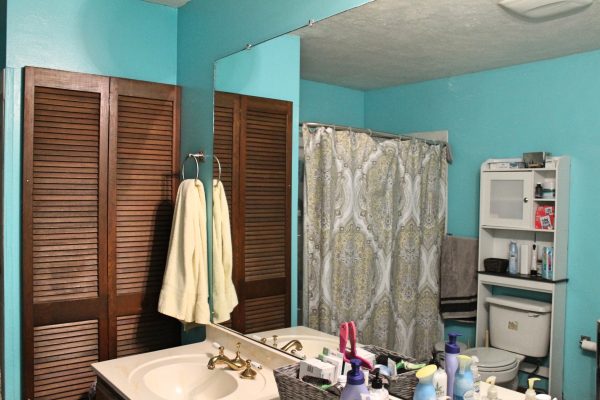 The yellow and gray accents look good with the color of the walls. I chose the Behr brand of paint that Home Depot sells in a semi gloss enamel paint that is washable. 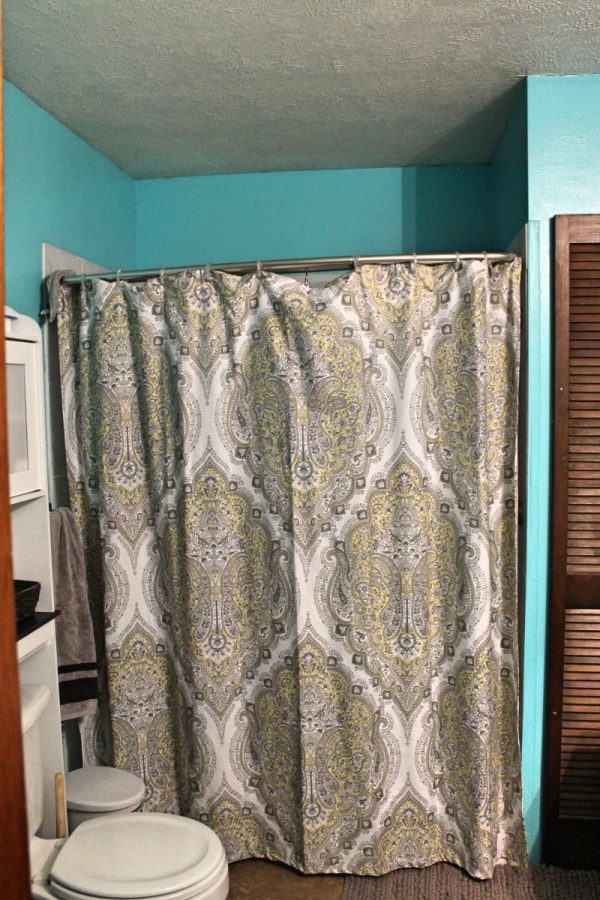 I need to fix that shower curtain hook in the middle of the shower curtain. I didn’t even notice that it was not attached until I saw this picture! 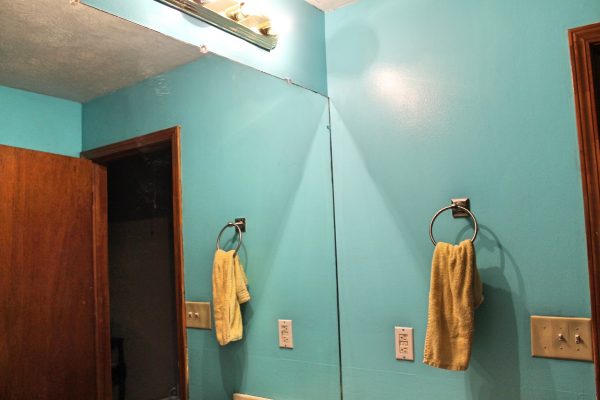 I have some pictures and other decor to put on the walls, but I am looking for a couple more things to put in there before I start decorating.

We picked out this beautiful shower fixture because it has two shower head. One of them is on a six foot flexible metal hose. It reaches to the bench seat. 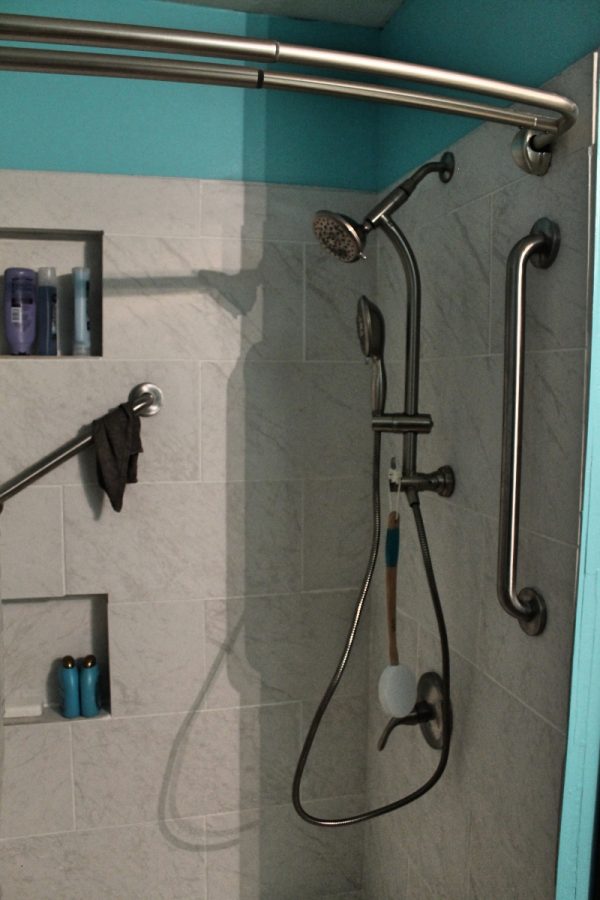 The two cubby holes built into the wall of the shower are so handy for holding soap, shampoo, and conditioner. There are two of them so we can each have one. 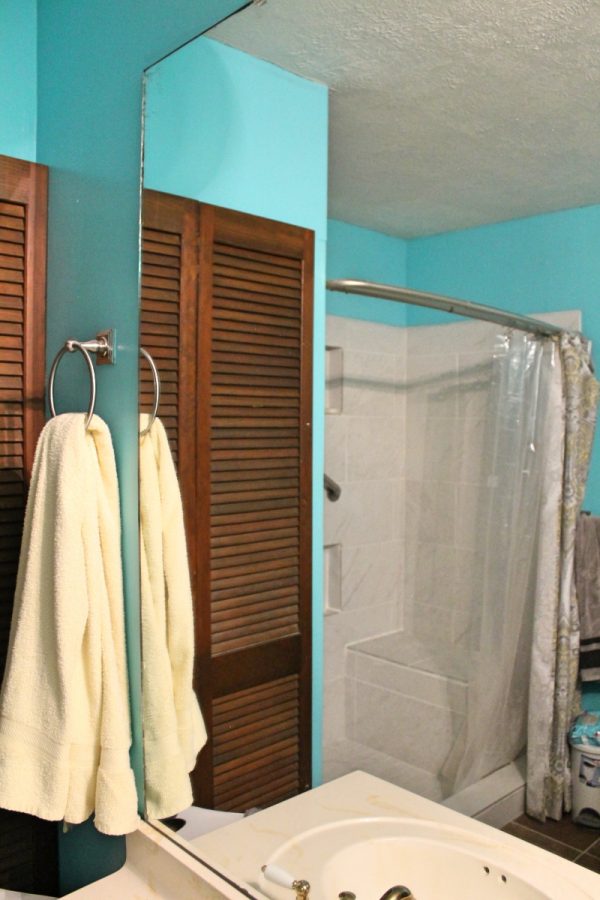 The next thing we are going to do in the bathroom is replace the sinks and counter top. I’m going to have my neighbor paint the cabinet white. One of these days we will replace the existing floor tiles to match the tile in the floor of the shower. It is slowly coming together. Did I tell you how much I love this walk in shower?