The last time I wrote about the kitchen remodel, I included photos of four kitchen carts we were thinking about buying. I also included a poll, and asked y’all what you thought of them. The overwhelming response to the poll was for this one, the Oak cabinet with wood top and wine rack 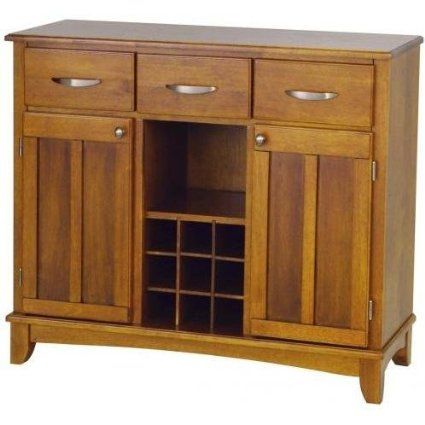 I liked that kitchen cart at first, too, and would have had a place to put wine for sure, but…It has a wood top. And I was looking for something to put next to the stove so that I could put hot pans on it when they needed to come off the stove. So, the kitchen cart we we wound up buying is the white one shown above. It has a stainless steel top, which can take the wear of putting hot pots and pans on it. The white one also matches the stove and refrigerator that are both on that side of the room. I felt that if we tried to get a wood, it would never match the existing cabinets, and would make the room too dark.

About The Home Styles Kitchen Cart and Assembly

has wheels so we can move it easily. It also has two open shelves that are made so that they have spaces between the boards. That will make a good place to store potatoes and onions in baskets. It also has two big drawers, something we needed more of in the kitchen. I like the way it looks there. And if we decide on a different cabinet later on, we can easily use this one in the bathroom for towels and other things.

The description of the kitchen cart on Amazon did not say that it had to be assembled. It was delivered in a HUGE box, that sat in our living room for over a week until we felt like putting it together. I wasn’t at home when Fabgrandpa took it out of the box. He said it was packed better than any other thing we have ever bought, with styrofoam sheets between pieces, and some pieces wrapped in bubble wrap. They also sent more screws than we needed. It did take several hours to put together, but we only needed a Phillips head screwdriver, a hammer, and the hex key that came with the kit. It weighs in at 125 pounds, but it can be easily moved on the casters. And, it has a brake on the casters so if you move it around or to another location for a party, it can’t be moved until you take the brake off.

I am already loving the piece, and I think it will last years. Next, I have to put up a new spice rack and a pot rack. It is slowly coming together.