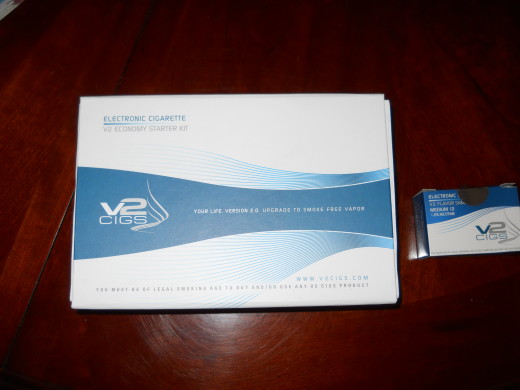 When I was asked to review the V2 Cigs Kit, I was very happy to. Although I don’t smoke now, I used to for many years. I quit in 2000. Fabgrandpa is still smoking, and I have asked him several times over the years to try to quit, because is is not healthy for him, and it stinks. I don’t allow smoking in my home, so he has to go outside to smoke. 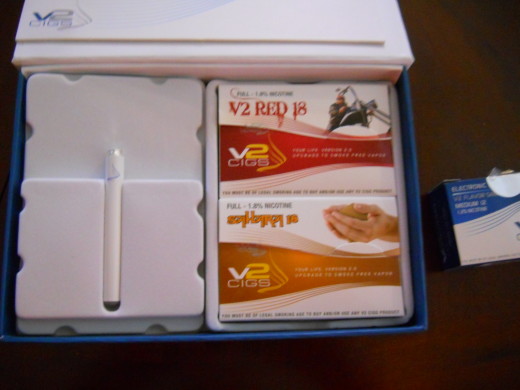 After reading reviews of the V2 Cig he did agree to try out the starter kit. I asked him to help me order the cartridges for the system, but since we didn’t know which kind to get, we started out with the V2 Red and the V2 Sahara cartridges with a nicotine level of 12,o r medium. When the starter kit arrived, both of those flavor varieties proved to be too harsh for him. He said the V2 Red compared to Marlboro Red cigarette brand, and the V2 Sahara compared to the Camel cigarette brand. Since he has smoked Marlboro extra lights for many years, we needed to get a different V2 flavor variety.

The second pack of cartridges I ordered was the Congress Blue Light with .06 nicotine level. Those were not as harsh as the other varieties he tried, as far as taste, but with less nicotine, it was not enough to help him quit smoking. He does use the e-cig occasionally though, when he wants to smoke but the weather is bad outside.

The V2 e-cig retails for $64.95, and comes with the cigarette module, a charger, a usb charger, and 2 five packs of your choice of flavor cartridges. Extra flavor cartridges sell for $9.95 for a package of 5 that lasts for as long as five packages of regular cigarettes. That is an amazing savings over real cigarettes! Plus, you can save up to 15% on your purchase using the V2 Cig coupon codes here.