The Hottest Art Exhibits in New York This Summer 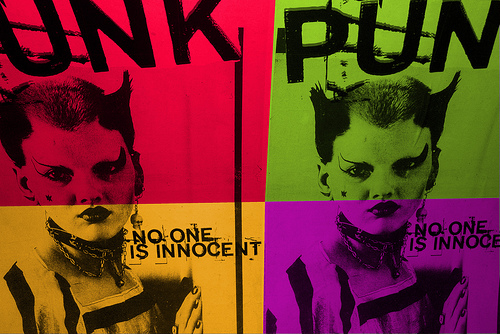 There’s never really a bad time to visit the incredible museums of New York City, and the summer of 2013 promises to be one of the more exciting seasons for art lovers. From retrospectives of art and architecture to never-before-seen pieces by legendary artists, as well as new installations and historical expositions, New York’s museums are covering all of the bases this summer. When you’re planning your itinerary for a summer visit this year, make time to check out at least one of these exciting and highly anticipated exhibits.

The Metropolitan Museum of Art

Fans of music and fashion will want to make time to visit the Costume Institute’s summer exhibit. “Punk: Chaos to Couture.” Opening on 9 May and running through mid-August, this exhibit explores the impact of punk music on fashion beginning in the early 1970s through today. The multimedia exhibit uses both original pieces owned by punk pioneers as well as modern designs from today’s fashion houses that were inspired by punk’s anti-establishment aesthetic.
At the opposite end of the spectrum, the Met will also be featuring two Civil War focused exhibits this summer: “Photography and the Civil War” and “The Civil War and American Art.” The first exhibit will run from 2 April through 2 September and feature more than 200 photographs of the War Between the States from both the museum’s own collection and loans from other organizations.
Designed to coincide with the 150th anniversary of the Battle of Gettysburg, the second exhibit runs from 27 May through 2 September, and features more than 75 paintings and photographs that capture life in America from the days just before the war through the reunification period. The paintings, on loan from the Smithsonian Institute, include pieces by Winslow Homer and Frederic E. Church and provide new insights into the impact the war had on the American psyche, and how the unease of the time was reflected in art.

Visitors to the famed museum this summer will have the opportunity to view artist James Turrell’s first U.S. installation since 1980. From 21 June through 25 September, Turrell will transform the Guggenheim’s distinctive rotunda into an exploration of light, space, perception and colour. Using both artificial and natural light, the installation will change visitors’ perceptions of the open areas of the rotunda, and change how they view the building. The museum will also exhibit some of Turrell’s earlier works in the Annex Level galleries. The Guggenheim exhibit is part of a larger retrospective taking place across the U.S. this summer, with the other two pieces appearing in Houston and Los Angeles.

At the Whitney Museum, summer will mark the unveiling of the “Edward Hopper Drawings” exhibit, a brand new collection of drawings by the legendary artist. Opening on 23 May and running through 6 October, the exhibit features more than 2,000 drawings from the artists’ personal archives, many of them never seen by the public before. The drawings show the early versions of some of Hopper’s most recognized work, including “Nighthawks” and “Early Sunday Morning”; visitors will be able to see these early renderings paired with the completed piece to gain a better understanding of the artist’s process.
The Whitney will also host the U.S. premier of David Hockney’s first video installation, “The Jugglers,” from 22 May through 1 September. This nine-minute video presentation used 18 fixed video cameras to film a group of jugglers moving across a colourful background. Designed to show how technology influences the way we make and view images, this piece has gained much worldwide attention for its unusual take on the creative process.

From 9 June through 23 September, MoMA plays host to the first major exhibit of the work of architect and designer Le Corbusier. Using drawings, paintings, photographs and models, the exhibit explores how the legendary artist created his distinctive spaces throughout his career.
If you’re looking for hotels in New York this summer, ask about specials that include admission to these and other exhibits and museums. Because summer is often low season, when many Manhattanites head to the beach or country for vacation, you can often find affordable rates — not to mention you’ll be able to enjoy these special exhibits without the crowds.

About the Author: New York native Lana Darnbrough looks forward to the new exhibits at her favourite museums each summer. She holds a degree in art history, and is especially looking forward to the Edward Hopper exhibit at the Whitney this summer.