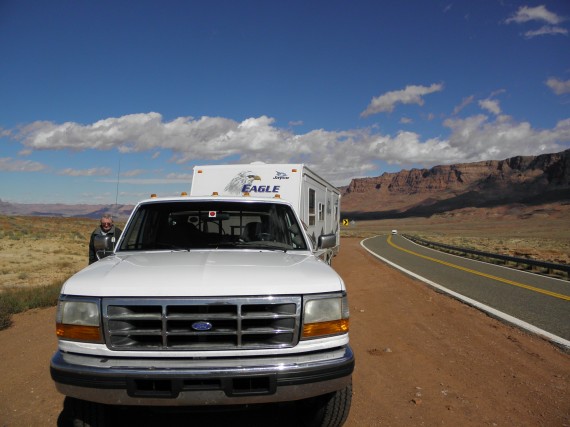 We have been waiting for our official dates for returning to work at the North Rim, and just heard from the boss. We’ll be heading out sooner than we thought! Fabgrandpa needs to be on the job April 22! That is less than a month away.

I’ll be spending today and tomorrow planning our trip to Arizona, and deciding which campgrounds to stay at along the way. We know for sure we’ll be at the Sallisaw KOA in Sallisaw, Oklahoma. We’ll also be staying at least two nights, maybe three, at the KOA in Flagstaff, Arizona. We always stay a couple of nights in Flagstaff, stocking up on groceries and other supplies before heading up to the job. I’m excited to be on the road again, but frantic as well because I thought I had more time to get ready! I’ll also be talking about my roadtrip in the KOA Campfire Community each night after we get set up.

I have to finish cleaning out cabinets and closets in the trailer, something I do every spring and fall, tossing out foods that haven’t been eaten, clothing that has stains or tears, and other “junk” that accumulated over the past few months. When I get done with all that, then it’s time to decide what I need to put back in the trailer of the items that I took into the house. You know, like my sewing machine, sewing supplies, and at least some of the fabric! I don’t think I could get through the summer without that stuff!

Come and join me at the KOA Campfire! There are a lot of good discussions going on right now. I’ll be glad to see you there.