We had a bag of lucious shrimp in the freezer. I bought it because I wanted to have some black bean and shrimp nachos, but FabGrandpa thought otherwise. He asked if I could make a stir fry with some vegetables instead. A little quick thinking resulted in this: 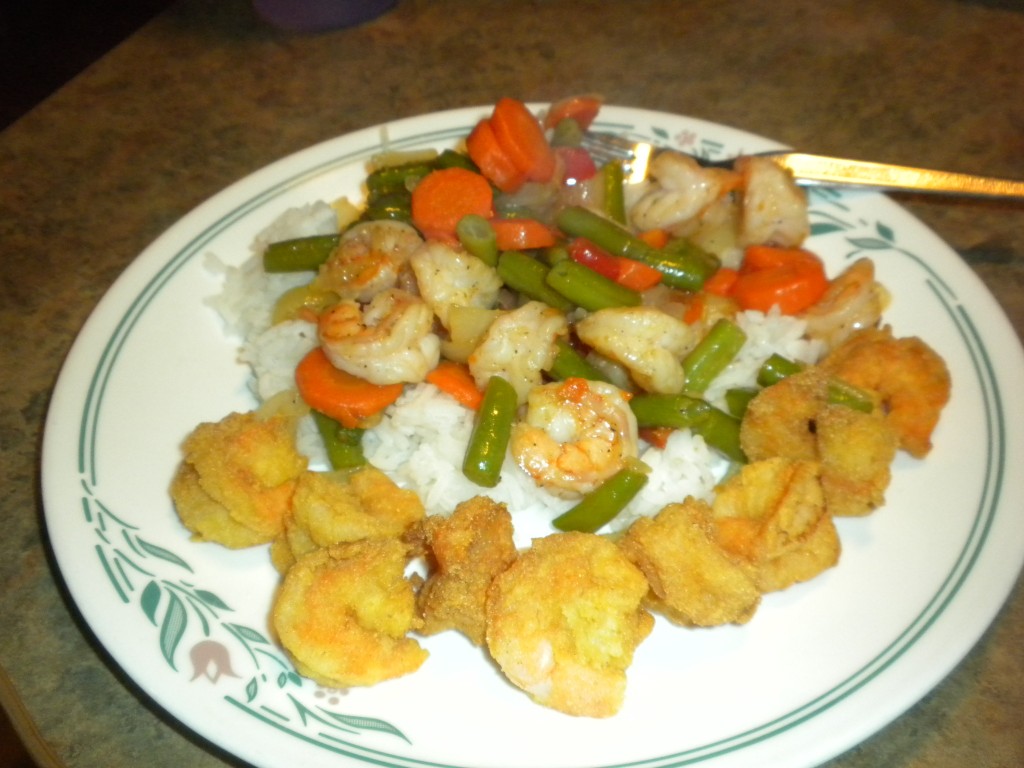 I decided to fry some of them, too. Fried shrimp is one of those things I used to love to order when we went out to eat, and now is off limits. The whole world uses wheat flour to bread all things fried in restaurants. So, last night I made myself a little treat.

To make the stir fry, I used what I had on hand: a red bell pepper, an onion, some garlic, 1 cup of frozen green beans, and two carrots. I steamed the carrots and green beans in the microwave for a few minutes first, then just sauteed everything in some olive oil until it was done. The only seasoning I used was salt and pepper. Served over rice, it was quite delicious!

For the fried shrimp, I dredged them in corn flour (NOT the same as corn MEAL) and deep fried in some olive oil. A little salt, and yummmmm!

p.s. corn flour is smoother than corn meal. I never knew corn flour existed before I started eating gluten free. I don’t like it in breads, but it is a good alternative for breading things.