Hide Search
Share
Tweet
Pin
Share
0 Shares
Since FabGrandpa is a veteran from the Viet Nam era, he is elegible for health care through the VA.  It can be a little bit of a hassle, because every time we move to a new location, he has to be “enrolled” at the facility in the new area before he can be see by a doctor. He needs to have surgery for a cataract this winter so, at the very first opportunity I had after we got here, I called the VA Medical Center in Tuscaloosa. The person I talked to told me that someone would come out to our house and help us fill out the paperwork involved in the enrollment. 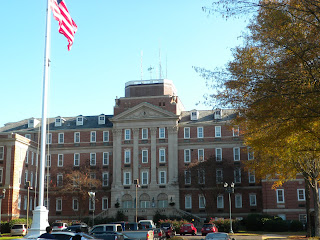 I was very surprised by this, as we have dealt with the VA on several occasions, in Maryland, Georgia, and Arizona, and this was the first time anyone offered such personalized service. The day the nice young man was supposed to come, Tropical Storm Ida was pouring buckets of rain on us. He called to reschedule, and showed up at the appointed time, here in the middle of no-where, as promised. 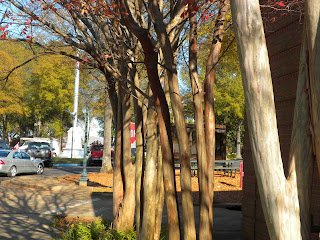 The guy told us that it would take a few days to get the enrollment done after he took the paperwork in, but we would hear from them to set up the initial appointment for a physical and lab work.  FabGrandpa has been sick with what he thought was a cold since we got to Alabama on November 1.  Thursday, he got up and told me he felt like he needed to go to a doctor. Since he NEVER says that, I thought it would be prudent to find one. 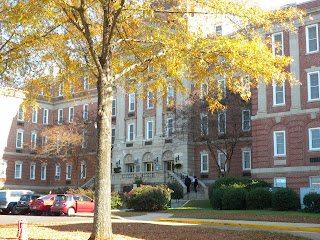 We drove up to Tuscaloosa to the VA Medical Center. We walked in and requested that he be seen by a doctor. He was taken right up to the first floor. The nurse on duty up there sent him for lab work and a chest X-ray, and told us to be back as soon as possible. She said they had made him an appointment for 3:45, but if we got back sooner, they might be able to see him sooner than that.
So, off we went for the lab–it took all of 5 mintues. Then, we went to X-ray, another 5 minutes. Since it was 12:30, we went down to the cafeteria to eat some lunch. We got back up to the first floor at 1:45. As soon as we walked up to the check in desk, the guy told us they were ready to see FabGrandpa!

Turns out, he has pneumonia and bronchitis. They gave him a prescription for Ciprofloxasin and one for a strong cough medicine. We’ll go back in week for them to check him again.  In the meantime, he is a cranky patient. I threatened to get a stick last night if he didn’t straighten up, but I filled him up with fried chicken and ice cream. And it wasn’t gluten free.