We escaped the North Rim today and headed down to Flagstaff for a doctor’s appointment on Tuesday. We decided to make it a mini vacation, and treat ourselves to a dinner out. We asked at the front desk of the motel for the name of a good steak house, and they referred us to Black Bart’s. We haven’t been eating much beef in the last few years, but occasionally we do like a good steak. And boy, I have to tell you, if you want a good steak in Flagstaff, Black Bart’s is the place to go! 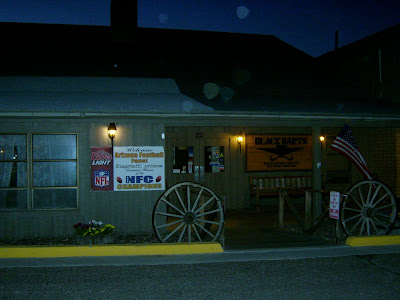 From the outside, it doesn’t look like much. It is at the rear of an RV park, which by the way, has some nice, level sites, and can accommodate long rigs. We were wondering if we were in the right place, because it didn’t look like your every day steak house. But, we went inside anyway and took a seat in the corner of the dining room. 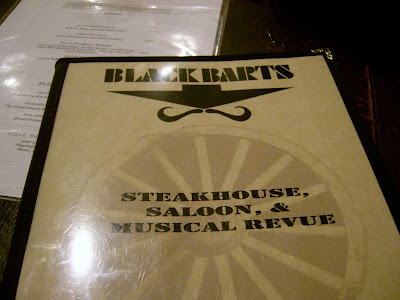 The cover of the menu says it is a Steakhouse, Saloon, & Musical Revue. It didn’t take long to figure out they meant what they said, as the wait staff doubles as entertainment. Our waitress, Rae, said they all attend Northern Arizona University there in Flagstaff, and have to audition for their jobs at Black Bart’s. She is pursuing a minor in music while she sings and waits tables to earn her keep. 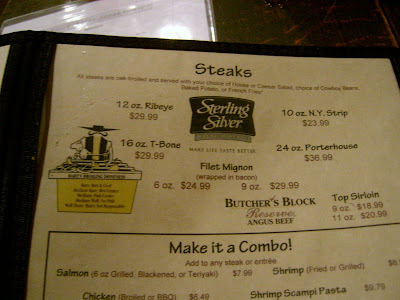 A first look at the menu let us know it is a high dollar place, but what the heck, we were out on the town for the first time in months. FabGrandpa ordered the 24 oz Porterhouse, while I opted for the 12 oz prime rib. We started out with a tossed salad and some potato skins. When my salad came, I realized immediately that I forgot to say “no crouton, please” when I ordered, but Rae was very pleasant and brought me a new one quickly. And OMG, those potato skins were delish! They were soft, and had just the right amount of cheese and real bacon on them, along with some green stuff that was probably chilies, and mmmm, mmmmm, mmmm. 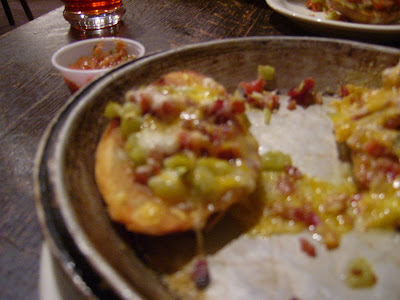 The dining room is decorated in an old west motif, and has trophy animal heads hanging on the walls. Wooden tables have no tablecloths, which is fine because I would have just made a mess of it. The place was pretty crowded for a Sunday night. 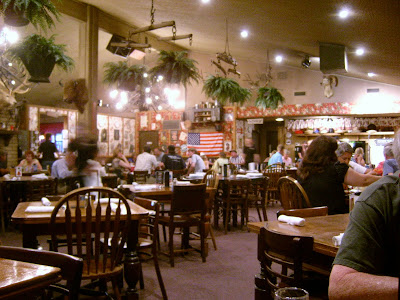 The kids did a great job of singing a variety of broadway tunes, some of which I recognized, and some I didn’t. I especially enjoyed “Be Our Guest” and “All That Jazz.” 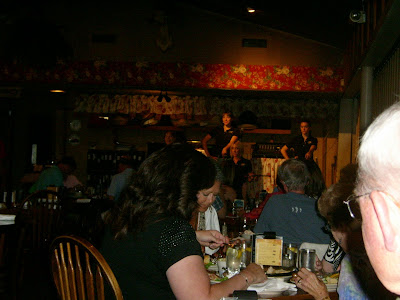 When dinner was served, Rae brought out a pan of sourdough biscuits with cinnamon honey butter. My mouth was watering from the smell of them, but of course I was not able to eat them, because they were made with the enemy, wheat! FabGrandpa said they were heavenly, and the honey butter divine! 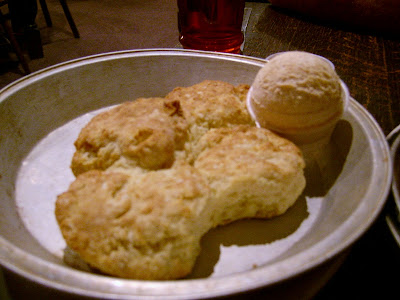 My prime rib was perfectly pink, just the way I asked for it, and barely needed a knife. The horseradish sauce could have had a bit more heat, the au jous was just right. Looking at the picutre makes me hungry all over again. 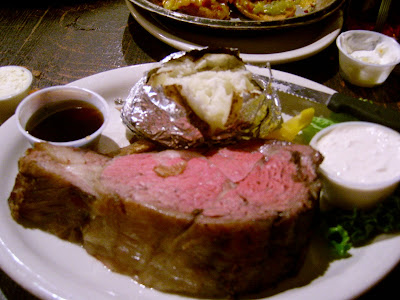 FabGrandpa’s porterhouse was almost as big as his plate. He said it was delicious. His came with fries, which I tasted and wished I had ordered them instead of my baked potato. He said whoever the cook was has cooked a steak or two in his day, because his was perfect. 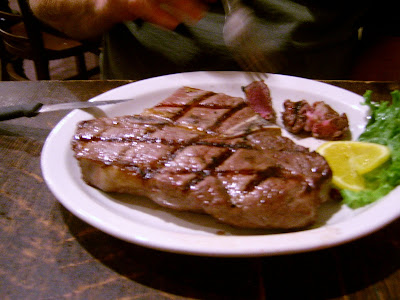 These portions were way too big–we wound up getting a “to go” box. It is the first time since I have known my husband that he has asked for one. He said he couldn’t eat it all, and it would be a crime to leave any of it behind. The leftovers will make a good breakfast for two days! 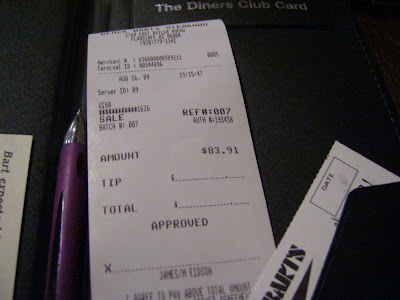 Our bill was not too bad, considering that we ordered an appetizer, we each received huge portions, and there was fabulous entertainment all throughout the meal. Rae was very attentive, and made sure we had everything we needed and wanted. 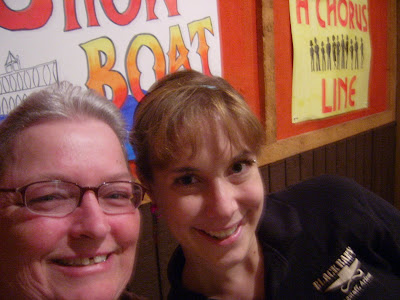