I am don’t normally have Wednesdays off, but this week I traded days off so one of my co-workers could spend time with visiting family members. Since my friend, Gaelyn from Geogypsy was also off, we decided to go for a hike. 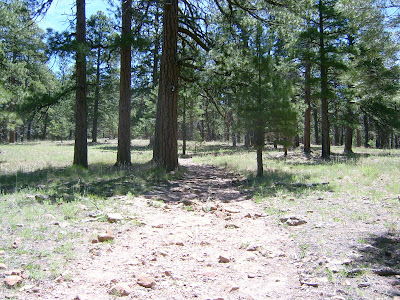 (The beginning of the Cape Final Trail)

When she asked me where I wanted to hike, I had originally suggested the Arizona Trail. The part of the Arizona Trail that goes from the entrance station of the North Rim to the developed area is 12 miles. She thought was too ambitious for me, and she was very right. I don’t know what I was thinking! So, we hiked the 4 mile round trip of the Cape Final Trail instead. 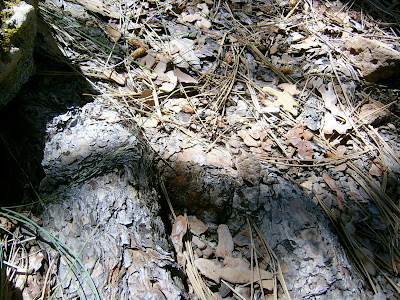 (A Horned Toad hiding in the pinestraw)
We got started bright and early at the crack of 10:00 a.m., and got to the trail head about 11:00 a.m. To get there, you drive up the Cape Royal Road until you see the sign. There is a small dirt parking area there. We got out of the truck, and tried to take pictures of ourselves, but my camera didn’t do so great. Finally, we were on our way. 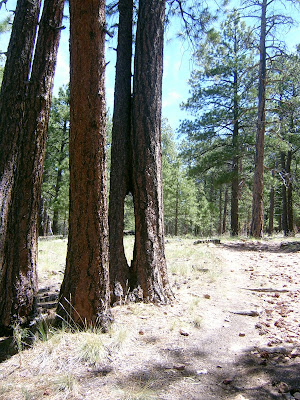 (Fire burned a hole between the trunks of these two Ponderosa pines, but they are both still living)

The trail starts off on a gentle incline, through Ponderosa forest. It is rocky, which makes walking a bit hazardous until you get used to it. Although I took enough water with me this time, I think I wore the wrong shoes. Next time, I’ll wear my work boots for the support they give. 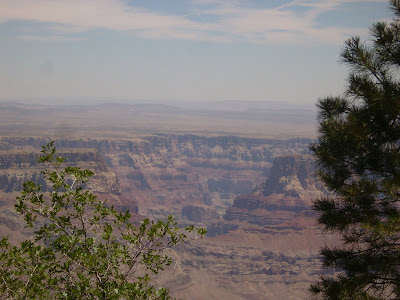 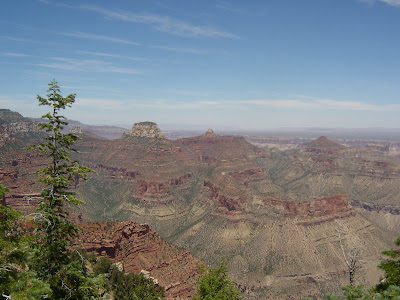 The views up here are some of the best in the canyon, but I say that about every trail I go on. I keep telling people, “I can’t see it enough!” Every eyefull of this place is gorgeous. 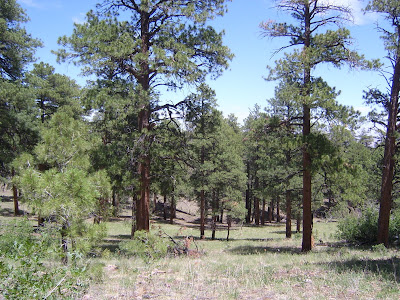 (More ponderosa forest)
After eating lunch, we started hiking again. The trail turned to the right, and went up and down through ponderosa forest again. We didn’t meet many people on this trail, unless one of had to use the bathroom. But, every time I started to go visit Mrs. Murphy, I’d see someone coming down the trail. 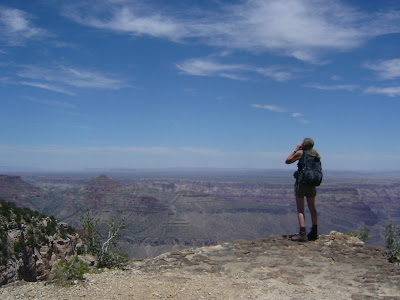 (Gaelyn on the edge.)
At last, we made to the end of the trail. The views up there, again, were amazing, gorgeous, fabulous, every way you looked was a new and different wonder! 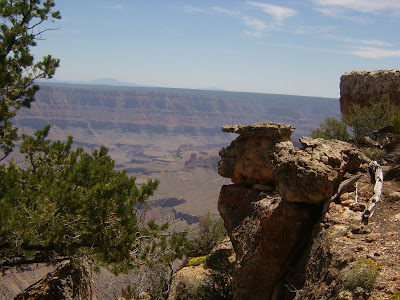 There were quite a few people up at the top. We had to step around people to get to the view points. We rested some more, and took lots of pictures, before turning around to hike back. 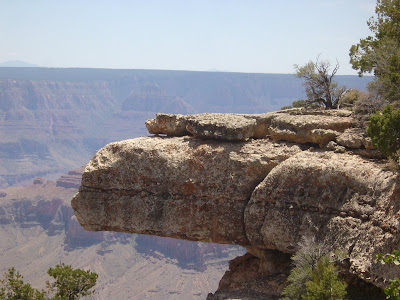 (Notice the layer in the rock–Gaelyn says it an ancient algae layer. I say gorgeous!)

We walked out on top of this overhang, which is where Gaelyn is standing near the edge in a previous photo. I still can’t get my head around how all these layers were formed. 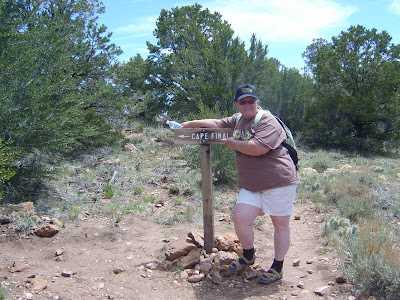 (Me on the way down, at the Cape Final sign)

I have heard lots of people say they are afraid of heights, but I am not. I love going close to the edge and looking over. Last year, I was talking to a visitor, who said it was not that she was afraid she might FALL, it was that she was afraid that she might JUMP! I had never heard that before. So, if it were you, would you be more afraid you would fall, or that you would jump?
Share
Tweet
Pin
Share
0 Shares