I have written about Kanab, Utah before. It is only seven miles north of the Arizona-Utah border, out in the middle of nowhere. The town was settled in the 1860’s, first as a fort for defense against the Paiute Indians, then as a Mormon settlement. It is now a tiny town of about 5,400 population. 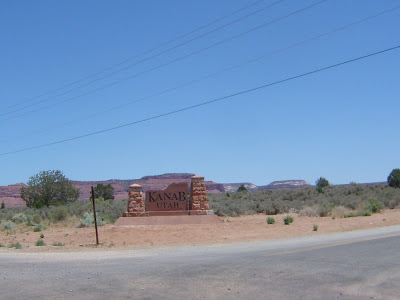 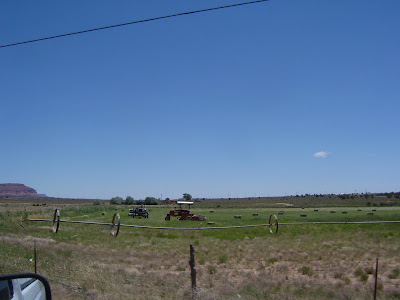 You can see why the town thrived, even though it was in a remote area. The Kanab Creek provides water, and makes the town look like an oasis in the middle of desert country. 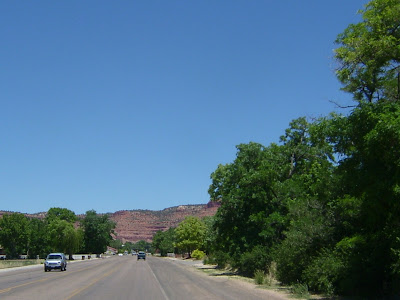 We like doing business in Kanab, because the people here are so friendly. We can get just about anything we need here, from a good lunch at the Mexican restaurant, to new shoes, to tires and repairs to our diesel truck. 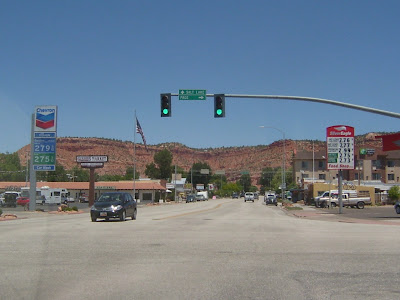 I love it that I can get lots of my favorite gluten free products at Honey’s Jubilee, a local independently owned grocery store. Last year, when I shopped there and found Bob’s Red Mill, Mi-Del, and Glutino products on the shelves, I was so happy I cried. When I checked out that first time in the store, I thanked the cashier for having such a good selection of gluten free products. She told me that the owner was celiac. 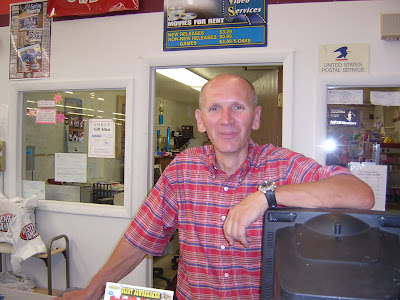 (Terrell, the owner of Honey’s Jubilee)

Not that I’m glad that Terrell is a celiac, but if he has to be, then I am glad he owns a grocery store. Because he has to eat a gluten free diet, he stocks things in his store that he can eat. It makes life easier on all of us in town (and out of town as well) who must eat the same gluten free way. 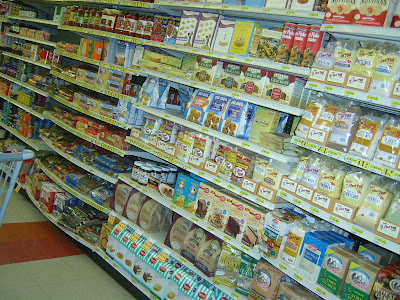 (look at the gluten free section in Honey’s!)

When we went to Page, a much bigger town, that even has a super Wal-Mart, AND two chain grocery stores, there was NOT ONE gluten free item to be found. No pasta, no bread mix, no buckwheat cereal, NOT even the gluten free Rice Chex. I was so disappointed with that. At one of the grocery stores, I even asked at the service desk and the girl said, “No we don’t have anything gluten free here. One of my co-workers found out last week that she is gluten intolerant and she can’t find anything here.” Isn’t that sad that a whole town has nothing to offer a person who is gluten free? 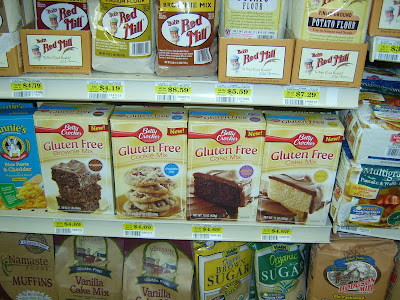 I was delighted to see that they had the new Betty Crocker Gluten Free mixes on the shelf at Honey’s. I didn’t need any of them this time, or believe me, I would have gotten one of each! I did get Bob’s Red Mill Bread Mix and some Creamy Buckwheat Cereal; Mi-Del Ginger Snaps; Glutino Frozen Bagels; Van’s Apple Cinnamon Waffles; and some Shar Table Crackers. I was in gluten free heaven! 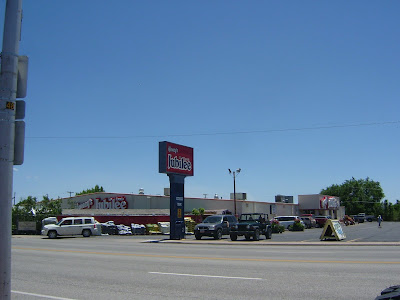 So there you go! If you are a gluten free girl or guy, and you are planning to go on a trip to see Zion, Bryce, and North Rim Grand Canyon National Parks, go knowing you will find a gluten friendly place in Kanab. Honey’s Jubliee Grocery Store at 260 East 300 South – Kanab, Utah. And if you do go there, go to the service desk and ask for Terrell, and tell him FabGrandma sent you!