On the last day of our vacation, we headed over to the Tijuana Estuary National Wildlife Refuge. It is the slough, or wetlands, formed where the Tijuana River flows into the Pacific Ocean. The Tijuana River is the border between California and Mexico. 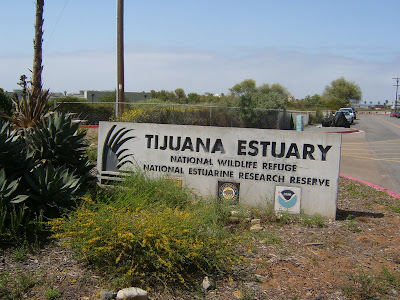 When FabGrandpa was a kid, he and his brothers and friends would go there hunting for bait for fishing off the pier. It wasn’t a park then. He said they learned where they could gently step their feet up and down, to make shrimp like creatures come up out of the mud. Those things, according to him, were the best bait around. They would also swim across the river to the Mexico side to body surf because the waves were better there. 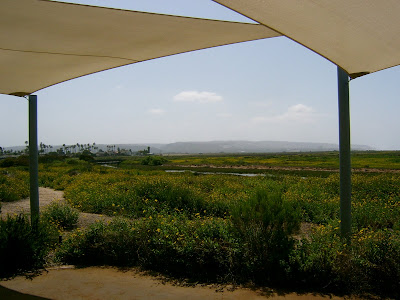 Now there is a fence there, so you can’t get to the other side. At the refuge, there are trails, and picnic area. The place is run by a co-operative of the National Park Service, the Fish and Wildlife Service, and California State Parks department. We couldn’t go very far on the day we were there because there had been some damage to the roads and trails from a storm, but we did enjoy some fabulous views from the visitor center area. 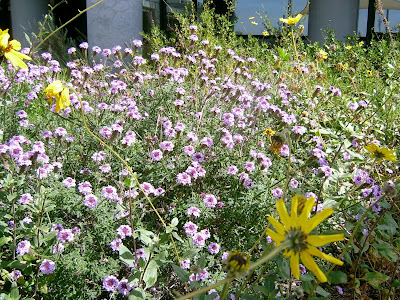 All the flowers growing here are native to the area. The little white ones smelled sooo good! 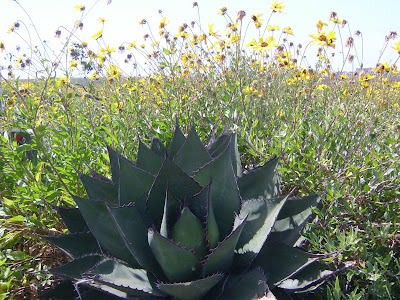 Because of the variable wetness of the area due to the tides and scarce rain, there is quite a mix of vegetation. 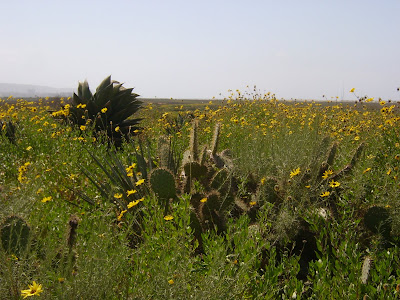 After we left the estuary, we decided to drive over to Mission Valley to go to Best Buy. FabGrandpa has been wanting to buy the game Left for Dead, and they didn’t have it at the National City store. They told us there were 20 copies of it at the other store. I wish I had taken some pictures of that area! Where I-8 goes through Mission Valley, the bridges are awesome! They are so high off the ground it is amazing. But, I am not a very good passenger when we are going fast in lots of traffic. I was so busy watching the traffic that I didn’t have time to get the photos.

Since we were already on I-8, when we left the store, we kept going west on I-8 until we got to the end, and wound up driving through downtown San Diego. It is really a very lovely city. I did get a shot of one of the highway bridges there. I guess I am just weird that I like bridges. 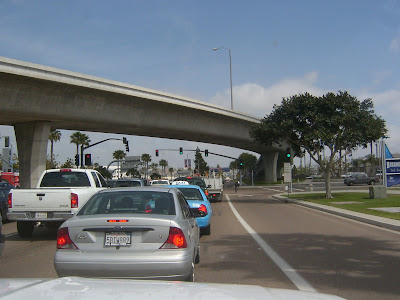 Here is a shot of the downtown San Diego skyline as seen across the harbor. I love the contrast of all the boats against the tall buildings. 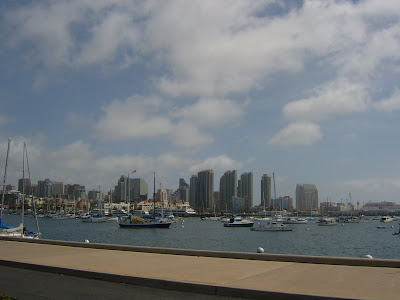 We saw Border Patrol EVERYWHERE! They seemed to be more of them than San Diego police cars. When we were on California 94, we passed one almost every mile. 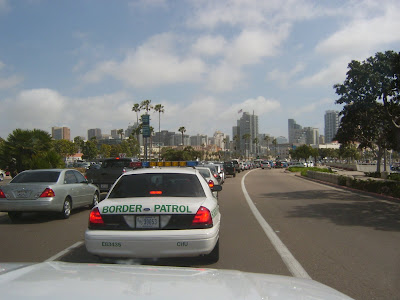 Another picture of downtown San Diego. I just love this one because of the palm trees. 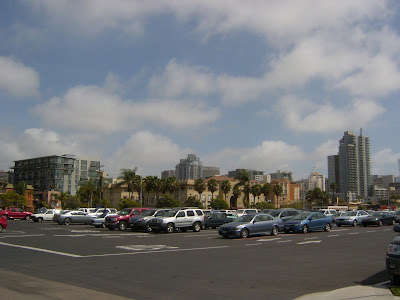 Every time we come to San Diego, we have to drive over the Coronado Bridge. 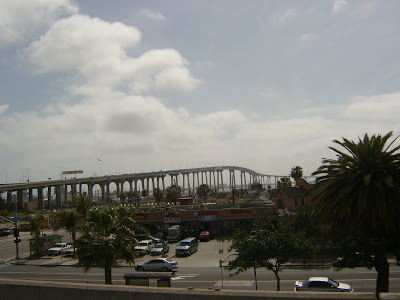 It is one of the longest, tallest bridges I have ever been on. This next picture is the view from the top of the bridge: 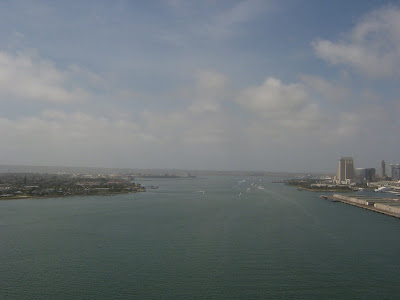 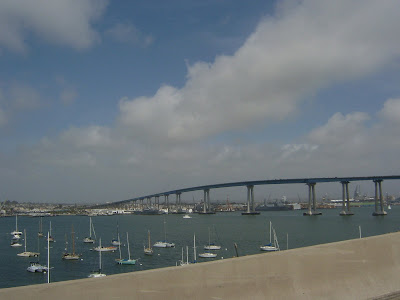 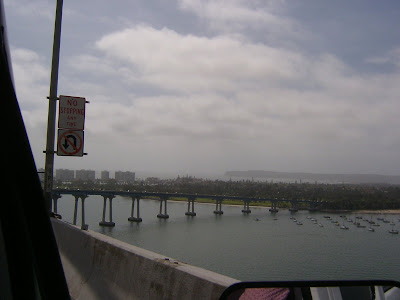 We drove through Coronado and past the Silver Strand State Park, and back into Imperial Beach. We ate a late lunch at El Tapatio, where I had shrimp that was stuffed with crab, wrapped with bacon, and baked. Very good!

This was the last sunset of the vacation. I hope we get to go back next year. 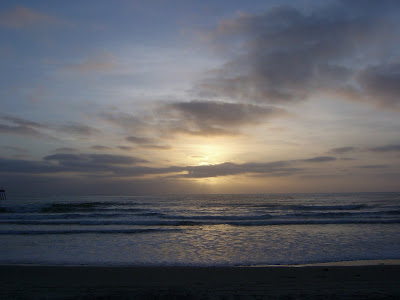