The first order of business on Wednesday was to drive through the streets of Imperial Beach, going past the places where FabGrandpa lived and played. This picture shows the entrance to the trailer park where he lived for several years with his parents and brothers. If you look closely, you may see The Wing sticking up there on the hill. The official name for it is the John J. Montgomery Memorial Park. 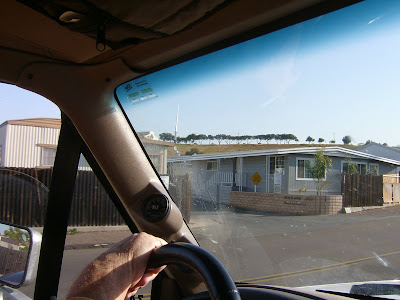 We went by Mar Vista High School, Emory Elementary School, the drive-in theater that has a flea market during the day. The water tank where there used to be a grove of eucalyptus trees, and past the place where he used to hide in a fig tree and eat until he was sticky all over. It was great to see him so happy that he could see this place again, and that so many of the places were still recognizable to him. 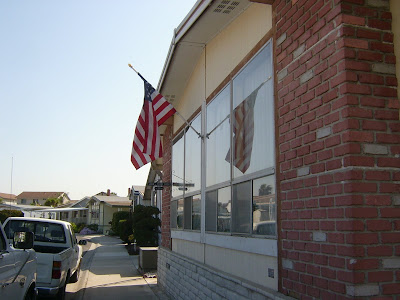 We also went by to visit Uncle Junior, as he is called by everyone in the family. He has lived here since 1979. His wife, Terry, died last year so he is living there alone now. He told us he is trying to get things in order so he can sell the house and move back to Georgia. He’s looking pretty good for 82 years old. We had a nice visit with him, then left on our way to Mexico, less than 10 miles away. 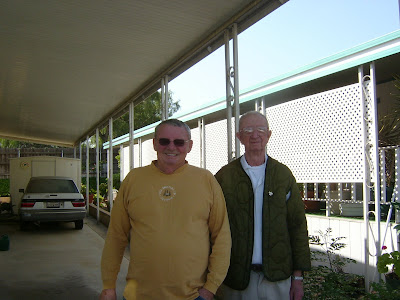 We parked at a lot on the U.S. side of the border, and walked across the bridge to Tijuana. It was a pretty long walk compared to other places where I have crossed into Mexico. There were lots of people walking over that day. In the picture below are cars at the border stop going into Mexico: 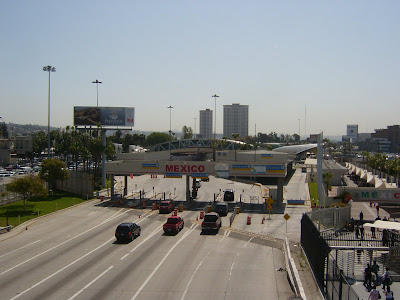 After we crossed the bridge, and went through that revolving gate, we stopped to take my picture with this cow statue. Just because I thought it was pretty. There was also an information booth here where we were able to find directions to the places we wanted to go. 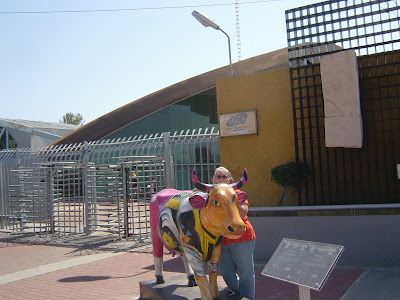 We didn’t stay very long–we only wanted to go and get my prescription for metformin ($6.00 for 100 tablets, for my diabetes type II), some amoxicillian ($7.00 for 100 capsules, we like to keep some on hand) and a couple of Z-packs($6.00 each). I know when I get an ear infection that is the only thing that will knock it out. We also got a 5th of Herra Dura Reposado Tequila. It was $32 in Mexico, and unaffordable here. That 5th will last me 2 years.

Then we walked back over the bridge, showed our passport cards, and went home. Easy peasy, and no gunshots were heard. All the cars in the picture below are people entering the United States through Tijuana. There are armed border agents down there inspecting the cars and checking passports and other documents. It looked like a pretty long wait. 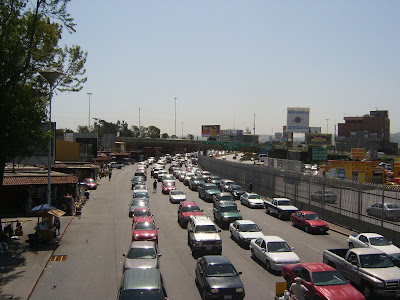 We got back to the inn just around lunch time. FabGrandpa was wanting to walk over to the pier, which was good news to me because he hadn’t wanted to do anything until that day. So we walked over there, and went to the Tin Fish Restaurant at the end of the pier for lunch. 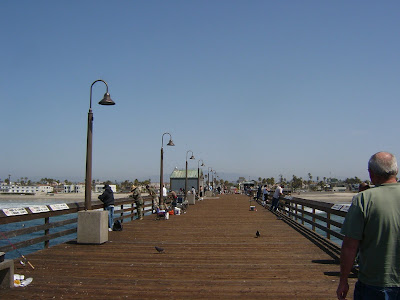 He had a fried fish and shrimp combo, I ordered grilled shrimp. I could eat shrimp every day, and I did while I was on vacation. It was really good, and the atmosphere on the pier was excellent. 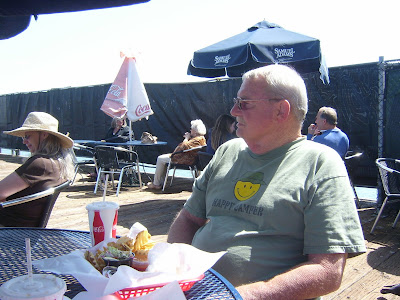 Yep, here I am in my signature orange traveling shirt. It is not the same one I usually wear, I have three, but still, it IS orange. 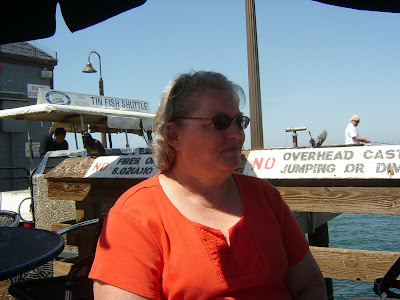 These guys were out there surfing every day, from morning til sunset. Mostly they just sat on their surfboards waiting for ‘the wave’, but when they did get a good wave they rode it all the way in. 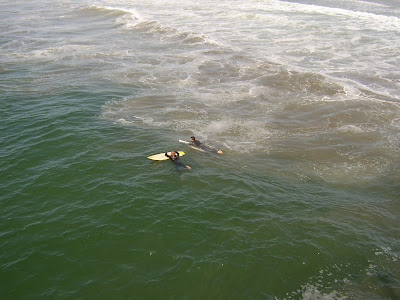 This picture shows just how close to Mexico we were. If you click on the picture to make it larger, you will see that the top arrow is pointing to the bullring in Tijuana, and bottom one is pointing to the end of Seacoast Boulevard in Imperial Beach. 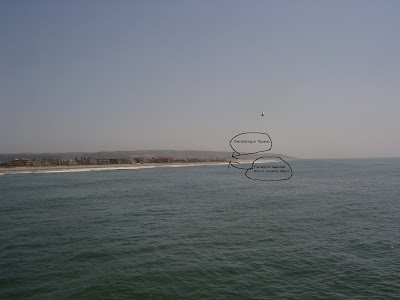 After lunch we walked back over to the inn, and just relaxed on the deck for the afternoon. This sea bird just sat there posing for me. 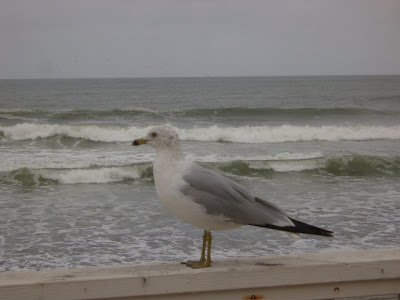 More of the beautiful flowers. These were actually growing on the sand dune below the deck of the inn, and climbed over the railing. 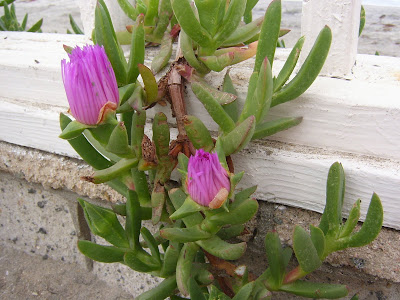 Another one by the pool. I don’t know the names of these but they are gorgeous. 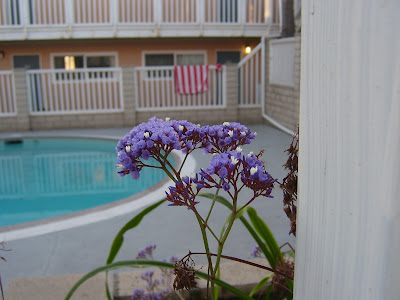 And again, the sun sets on the Pacific Ocean, bringing us the end of another day. 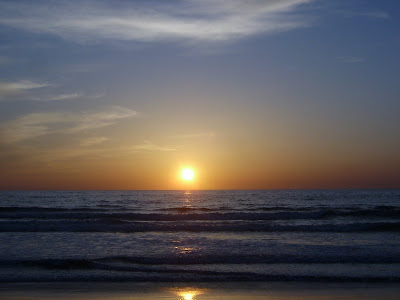 The lights on the pier seen from the deck outside our room: 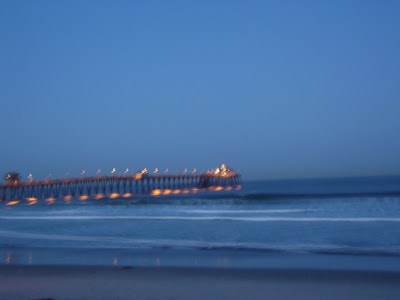