Some years ago when I first met my mother and father in-law, they went “out west” every year for a few months in the winter. They were the first ones who told me about Quartzsite, and all the fun they had out there, camping in the desert with their friends, and going to the gem and mineral shows, and the flea markets. I was hooked! Yes, Poppa, it’s y’alls fault!

So, on Friday, I got to go there myself for the first time. I was like a kid on sugar filled kool-aid, I was that excited.

We saw this 1963 Cushman motorcycle at the flea market there. FabGrandpa told me all about how his dad used to work on them at his second job, after he got off work at the Navy. 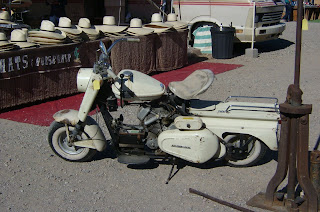 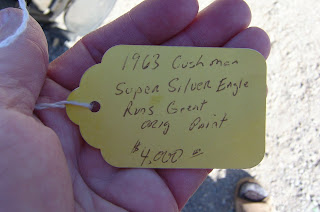 The flea market had lots of neat stuff. I bought some vintage skeleton keys, and here is what I did with them: 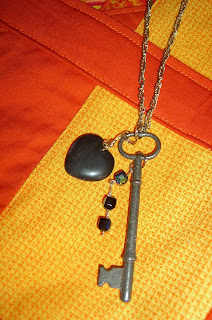 (Click on the pictures to go to my Etsy store)

But the best part was going to the bead and rock stores. Lynda and I had such a good time in there. I bought a bunch of stuff, so did she, and we have been spending all our free time in the cargo trailer, I mean Girlie Playhouse, making stuff: 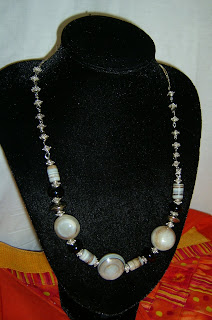 This one is made with polished rocks and glass beads. I have put a lot of new things up in my Etsy store today, go take a look.

We only went for a few hours, but we have plans to go back soon. My head is spinning with ideas for new stuff.