I sat at my computer for at least an hour this morning mapping out our day. We were going to Mesa to the Camping World store to get a few things we needed, like a water filter for the trailer (to try to alter the taste of the Phoenix water supply, ick) and a new light fixture for over the sink. I wrote down the address of each place we wanted to go, and consulted my map program, Microsoft Trips and Streets, then wrote down the directions for how to get there. This would have all worked out if I had actually READ the directions again once we got on the road.

And, those roads didn’t look like BIG roads on the map, they looked like maybe four lanes with a median in between. But, when we got up there on that 101, it looked like a major interstate highway, four lanes on each side, with construction going on and SHIT! And I was driving, and FabGrandpa was sitting over there grumping and fussing and making me all nervous… Anway, we wound up going all the way to Glendale by way of Scottsdale, which is like driving all the way around I-285 in Atlanta during rush hour. Crap!

Finally, we stopped at a gas station and called Camping World, and got found again, and he started driving and I sat over there and fumed steam out my ears. So, after driving farther than we did yesterday to get to Phoenix from Flagstaff, we arrived at Camping World and spent some more money.

As we made our way back home, we had a couple of other places we wanted to go, but since we had actually seen the road they were on before we got lost going to Camping World, we knew where we were going. Sort of. And here is where I have to tell you that Phoenix has some very cool road art on their highways. Bridge abutments, overpasses, and concrete walls display some really neat artwork: (click on the pictures to make them bigger so you can see the art) 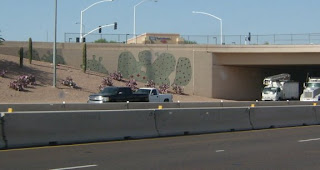 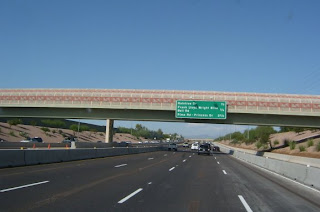 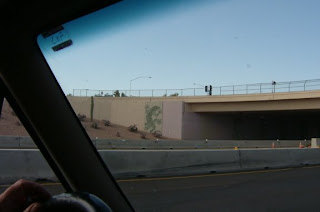 Our destination for lunch was Picazzo’s Pizza on Frank Lloyd Wright Boulevard in Scottsdale. I read about the place on the Phoenix Celiac Support Group’s web page. They not only have gluten free pizza available, they have an entire 4 page gluten free menu. They even have gluten free beer on tap. And gluten free deserts! I was in gluten free heaven. The first thing I noticed, though, was the artwork on the walls. This was a classy place, too. 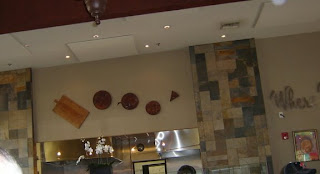 This mural was on the wall near our table. It made me feel like I was in a busy place, even though there weren’t many customers in there at the time. 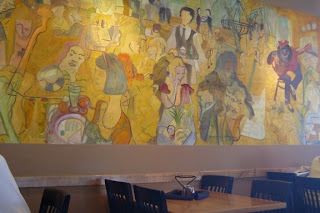 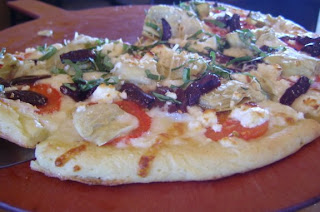 And, FabGrandpa said he would be inclined to lick his plate if it wouldn’t make him look so much like a pig. Very yum, he said. We will probably go there to eat at least once a week while we are in this town. Oh, and they have one in Sedona and one in Flagstaff, too. 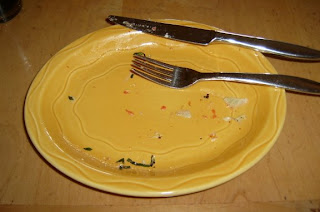 Click on the picture below to see their menu: 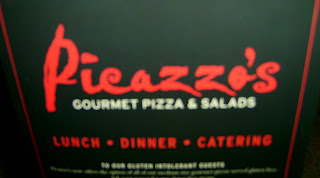