And so it came to pass that we left the North Rim and went down to Flagstaff. I had a loose plan of what I wanted to accomplish on our first day there, which included getting my hair cut and getting a pedicure and a manicure. Not such big and impressive plans that they could not be accomplished, right? Wrong.

It could have just been that I was having an incredibly bad day (Or I was just cranky). The trip from the North Rim to Flagstaff is only 200 miles. It only took about five hours, including stopping for breakfast one last time at Jacob Lake, which was quite delicious. But as soon as entered the Flagstaff city limits, everything changed. At least for ME it did, but maybe Flagstaff is just a more laid back kind of town so that it was business as usual for the people there.

We finally got checked in and and went to our site to set up the trailer. But right next to where we were to park, they were working on the road with one of those hole digging machines. It was so loud that we could not hear each other talk, which is a detriment to setting up a travel trailer. After about two hours, we finally got things in order and went to town in search of hairdo and nail places.

While FabGrandpa went to Gamestop, I went into the nail shop down the sidewalk. When I walked in, no one said hello, no one said “we’ll be with you in a minute.” I sat down and waited for ten minutes. Then I walked to the back of the shop where the nail people were doing pedicures for other people and said “Excuse me, can you tell me how long it will be?” And they said, about thirty minutes. I said I would come back.

I left and went next door to the hairdo place. When I walked in at least they said hello. The girl behind the counter asked me what I needed, and I said I would like to get a haircut. She said it would be about fifteen minutes. So, I sat down and waited. And waited. And waited some more. Finally, after about thirty minutes, the girl said she was ready to take me back. And THEN, her co-worker said, “Oh, can you rinse my color for me before you take her?”

So, the girl who was supposed to cut my hair tried to rinse that guy’s hair right off his head. I know this because after about ten minutes, she was still rinsing him. And I walked out of the shop. But by that time, I was fuming mad that I had to wait, and I kept seeing THIS in my head, and I decided it would be better to wait until the next day to get a haircut than to risk having that, or worse, happen again.

Yeah, it could have been worse, but I have not had a haircut since July. My days off were Sunday and Monday, and everyone knows that the hairdo shops are closed on Sunday and Monday. I am not a very frou frou kind of girl, but I am a little picky about my hair. I was READY for a haircut. Now, I am thinking I may just let it grow out long. Maybe.

So what DID I accomplish on my first day in Flagstaff? This: 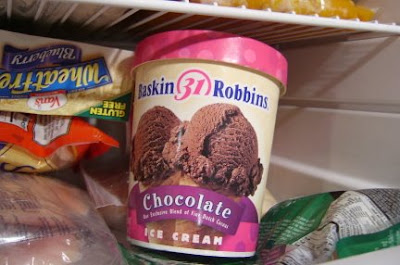 And there was no waiting in line for it.