I had four hours of “comp” time, so I decided to combine it with four hours of annual leave, and go to Kanab last Saturday morning. My neighbor, Sue, and I headed out early. 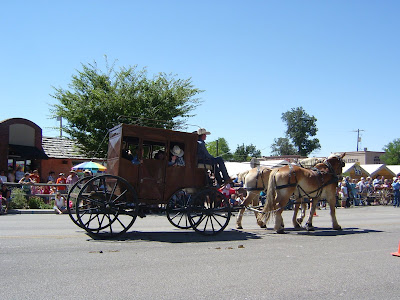 I had read in the newspaper a month or so ago that they have a farmer’s market in town every Saturday morning, and that there was a lady there who bakes gluten free breads, cakes, and cookies. I have really been wanting to check it out. 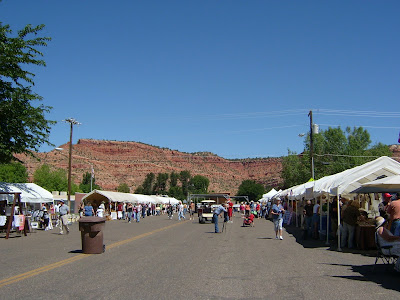 But, when we got to town, we discovered that Western Legend Roundup was going on, and because of the festival they did not have the farmer’s market. 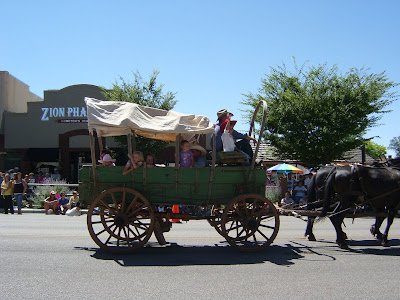 The Western Legends Roundup a big festival where they celebrate the history of the town and some of the old western stars who made movies in the area way back when, where in town for the celebration. The only one I saw was Clint Walker, but he looked old. I mean really old, and nothing at all like the picture of him from his movie making days. I didn’t even take his picture because I was so disappointed.

There was a vendor row, where Sue and I ran into our neighbor, John, who works with the 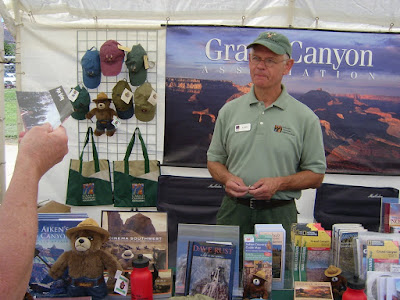 Grand Canyon Association at the Visitor Center book store. He had some things from the book store on display there.

At noon, there was a parade, with the old cowboy stars riding in horse drawn wagons. There were several beautiful halflinger horse teams with beautiful wagons. 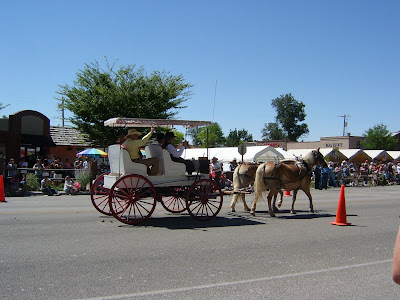 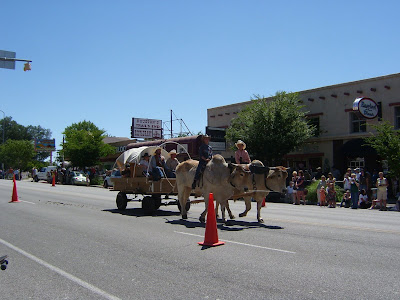 The best thing I saw in the parade were little girls from the Kaibab Paiute Reservation dancing down the street in their native costumes. They were so cute! 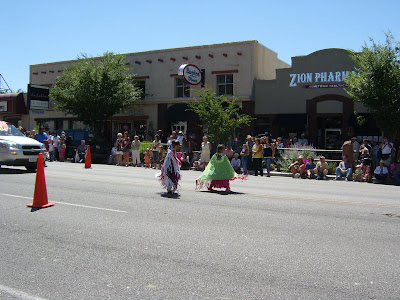 This wagon had the entire class of 1958 from Kanab High School riding in it! 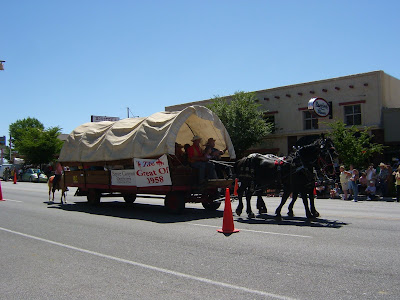 After the parade, we walked across the street to the food vendors. I had a corn on the cob on a stick, with butter and salt, and a peach iced tea. A little pricey at $6.00 for the two of them, but boy was that cold iced tea good! 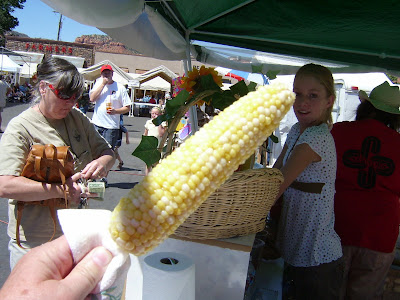 Yeah, that was worth the trip!