I don’t write about  my son very often, but that does not mean that I don’t love him just as much as I love my girls. It’s just that he doesn’t talk much, and writes less frequently than he calls. He is married to Sarah, and he is the father of Michael, Sarah, Owen and Miss Amelia. He gave Ameila my middle name when she arrived on my birthday, and that made me cry. Happy cry, of course.

He has been in the Air Force for going on 17 years now, another thing that makes me really proud of him. He has been stationed in Texas, Guam, England, and now at Andrews AFB. We don’t get to see each other very much at all–the last time I saw him was in March.

Because our family is so spread out, I asked each of my children to make a wish list on Amazon. Seth’s wish list has cracked me up, but it has also given me much pleasure, because I can see from what he has on there that he remembers things I did for him when he was a little guy.

For instance, on his very first Christmas, I gave him a Curious George monkey and one of those stuffed gorillas with a plastic banana in its hand. And look at this stuff from his wish list:

When he was a few years older, we lived in a house that was under the landing pattern for a small local airport. The planes flew so low over our house that you could read the letters on their tires. One day my son asked me where they were going, so we got in the car and drove over to a hill across the road from the airport and watched them land. That became a weekly activity. My son has been in love with airplanes ever since. The evidence is right here:

When he was 13, he loved to watch The Frugal Gourmet on TV. And whenever I bought a new cookbook, I would often find him in the kitchen trying out new recipes. Evidently he still loves to cook:

He has always had a warped sense of humor: who else would put these things on their wish list?

But the one thing on his wish list that makes my heart go pitter patter? This:

p.s. yes, there are affiliate links to Amazon. But I still love this wish list.

Until today, I had four grandchildren–Michael, Sarah, Spencer, and Owen. Three Fab Grandsons, and one Fab Granddaughter. Every time one of my children and their spouse announced that they would be having a new baby, I always said, “You know if you have a girl, you will have to name her after me!” I never really expected that to happen, but a grandma can ask, right?

This morning, at 12:45 a.m., in a hospital in Maryland, Amelia Summer Gail Parson entered the world. She weighed in at 8 lbs, 13 oz. She is the pride and joy of my son, Seth and his lovely wife, Sarah. And, she shares MY birthday. They called me last night to tell me they were on the way to the hospital. The last time I talked to them was at about 11:45 p.m. Maryland time. Sarah said she was only dilated to 5 cm, so they didn’t expect the baby to arrive any time soon. I told them I had to get up early to go to work, and asked that they just text me, so I would know when I got up whether or not she had been born.

This morning, I called, and Sarah told me Miss Amelia was born just an hour after I last talked to her. She told me there were pictures posted on Facebook, so while I was talking to her, I signed on to look. And that is when I discovered that they HAD named this baby after me. I got so choked up I could barely speak. And my eyes started leaking. My son said that since she was born on my birthday, she had to have my name.  Her “middle middle ” name, Gail is my middle name. What a wonderful birthday surprise–not only does she share my birthdate, she shares my name as well! 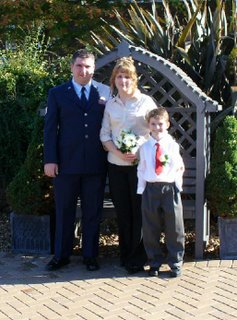