Monday turned out to be the only slow day we had.  On Tuesday, we had to drive over to Marion, about twenty five miles away, to take those little sample cards the doctor always wants you to take home, and, um, fingerpaint. You know the ones. For the stool samples. They didn’t give me a mailer envelope to send them back and when I called and asked what to do with them, they told me I had to bring them over there.  It was a nice enough drive: 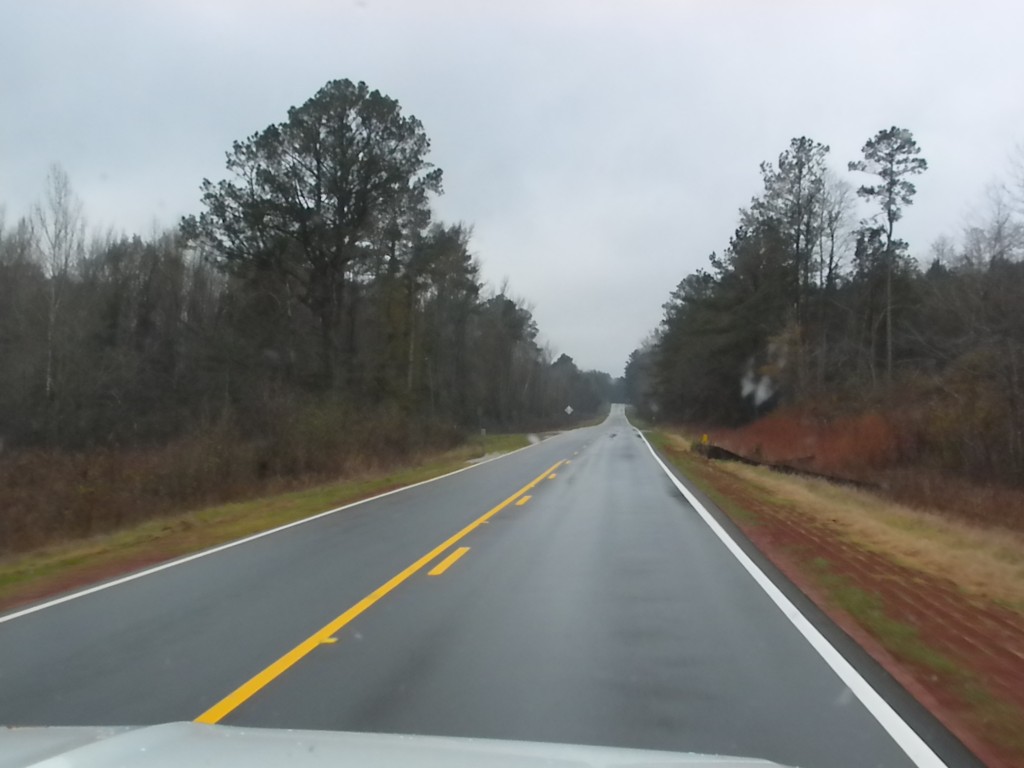 OK, so it wasn’t. It rained on us there and back. But the scenery was like this all the way. This is the Correta Scott King Memorial Highway. Marion is the county seat of Perry County, where she was born.

On Wednesday, the UPS guy showed up with a big box of goodies from Mixes From The Heartland. Since I write  reviews for my own FabGrandma Reviews and for MomGadget, I often get things in the mail to try and review. But this was a big box! I couldn’t believe that she sent me all this stuff!  I’ll be writing reviews of some of these next week. 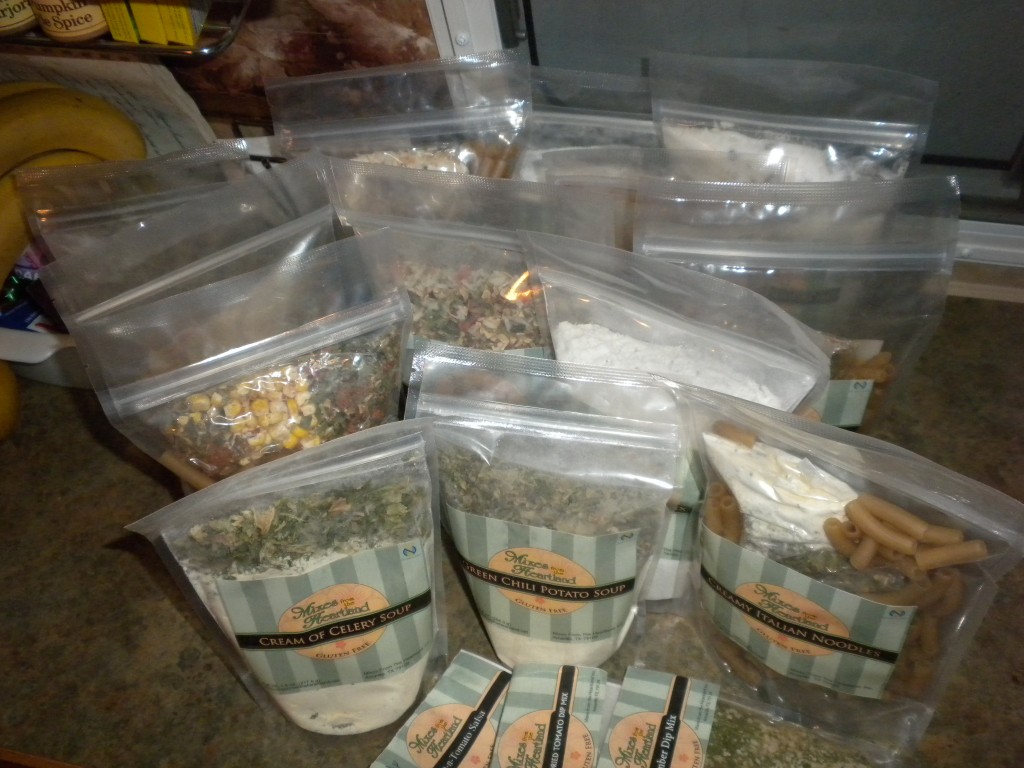 Back in November I had entered a gluten free recipe contest. That contest was sponsored by Glutino, and the grand prize was a years supply of their gluten free pretzels. I happen to LOVE those pretzels. I eat them for a snack in the afternoons when I am working. I also use them crushed up as a topping for casseroles. I entered my famous squash casserole recipe, and I won that grand prize. When they say you win a years supply, that means they give you 52 bags of them. They are shipping them to me 12 bags at a time, one every twelve weeks for a year. So, on Thursday night, my new boyfriend, the UPS guy, showed up again, with the first box of pretzels: 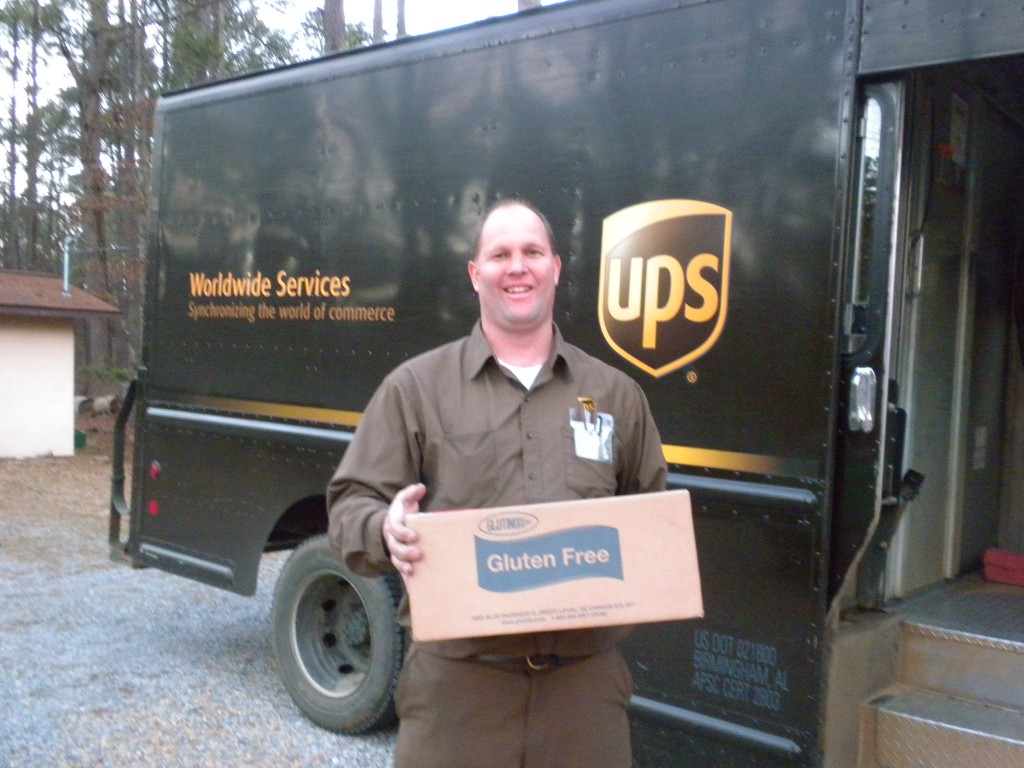 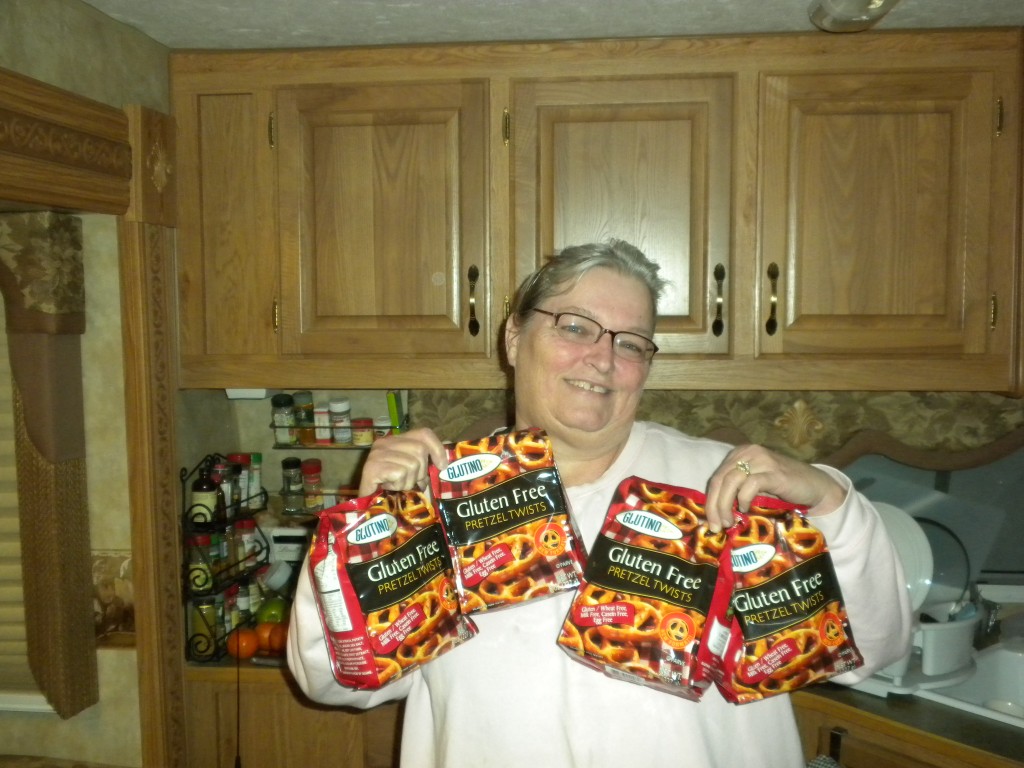 FabGrandpa was not as happy as I was. He was asking me where the heck I was going to put all those pretzels. I told him not to worry about it, because I would find a place.  I could put them under the bed you know. I also plan to send a couple bags to my daughter, Becca and a couple to my friend’s granddaughter who was just diagnosed with celiac a couple of months ago. I am quite sure I can eat them all up by the time the next case arrives.

On Friday morning, we had to drive up to Tuscaloosa for FabGrandpa’s eye exam. He has a cataract and needs surgery for it. After they looked him over, they told him he has to go to a specialist in Birmingham, so we are waiting for them to call us with the appointment date. Look at those peepers! 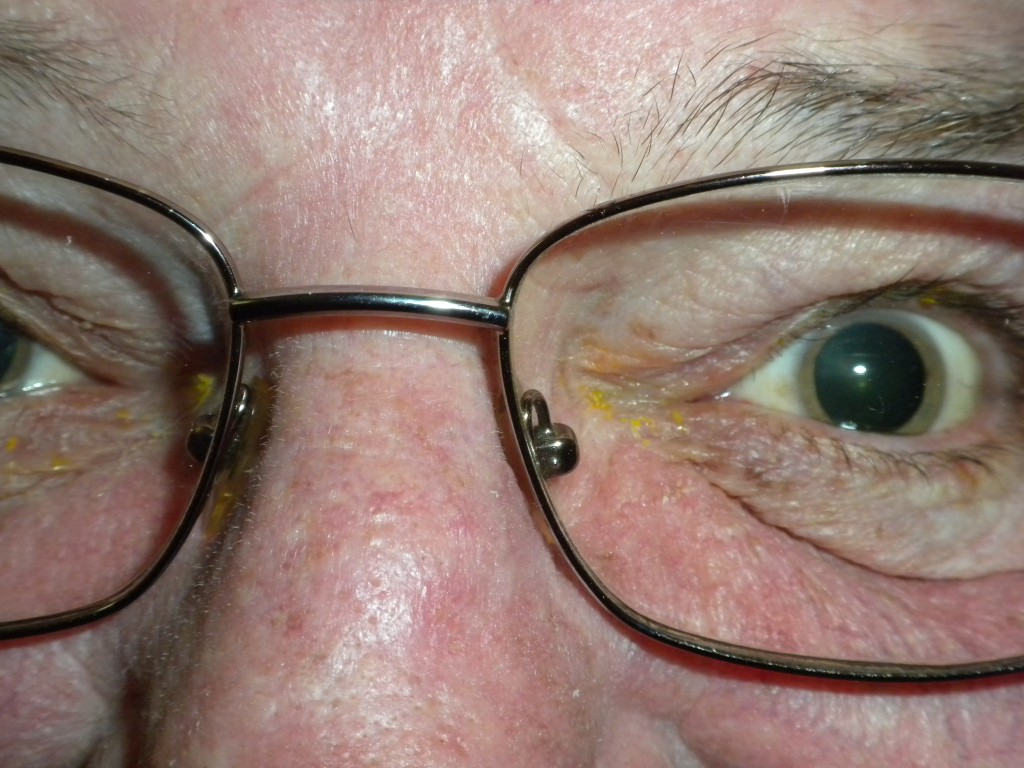 Friday night my boyfriend showed up again. This time, he had three huge boxes for me. I had been talking to a company about doing some reviews of their products, and I thought they would send me a couple of things, you know, like maybe a box of cookies or a can of soup or something. Well, they sent me a whole CASE of every item they make that is gluten free. And now FabGrandpa is about to poop a brick, because there is nowhere to keep all that stuff in our little travel trailer. 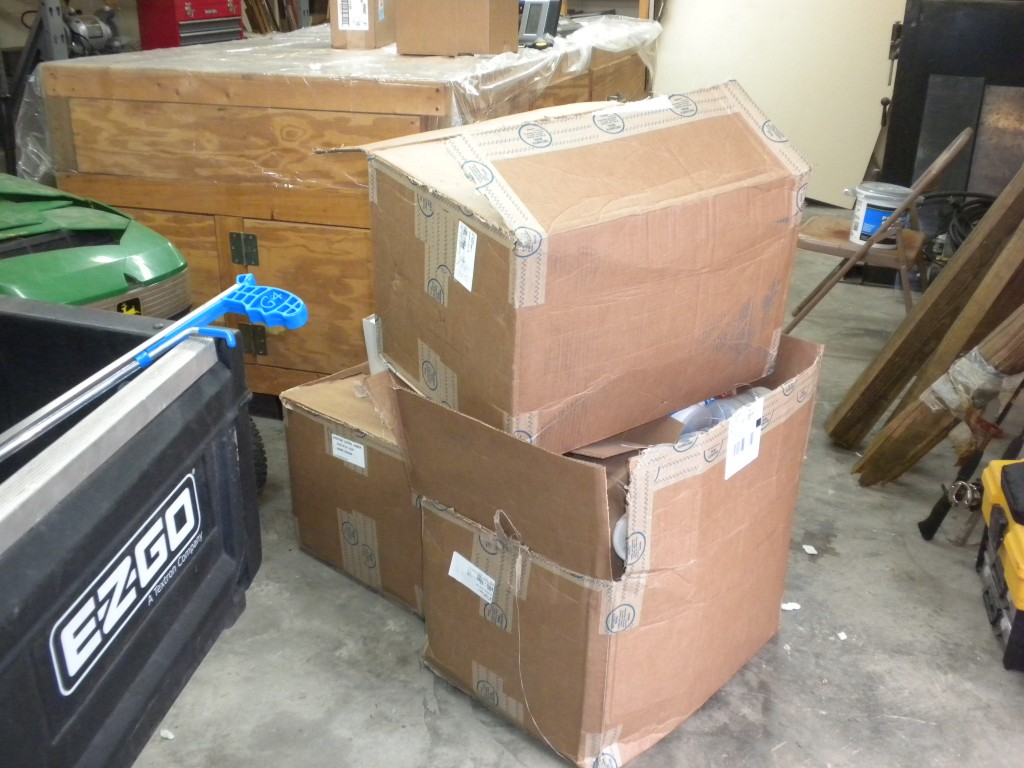 See those three humongous boxes? they were all full. It is a very good thing that there is a maintenance shop behind our camp host spot here. Ha, ha, ha, I was laughing, and feeling very blessed that I received all that stuff, and he? Well, let’s just say he wasn’t.  I think he’s jealous of the boyfriend, he he he. So, I will be doing some reviews of those products too, next week at both FabGrandma Reviews and at MomGadget, and I’ll be having some give aways to kick off my new website. I guess I finished that just in time!