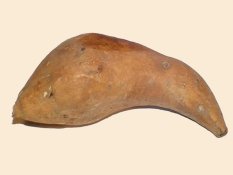 Back when I was a wheat eater, whenever I made a pie, I always used a frozen pie crust. It was easy, simple, ready to go. All I had to do was take it out of the freezer, plop in a filling, and bake. The very few times I ever made a home made pie crust, it was a disaster. I never mastered the recipe for a flaky pie crust.

After I started eating gluten free, I didn’t make pies for a long time. Just the thought of using expensive gluten free flours to make a crust, when I never accomplished a good one using wheat flour, was enough to turn off any ideas I might  have had. Then one day when we were in Phoenix, Arizona, I walked into a Whole Foods store and found a frozen gluten free pie crust. And while it didn’t taste like wheat, it didn’t taste bad. And I made a great Gluten Free Coconut Cream Pie. Then we moved away, as full time RVer’s do, and had no access to those frozen gluten free pies.

Last summer, I found a gluten free pie crust mix, and thought I would give it a try. To my great surprise, I turned out a lovely, flakey pie crust, that actually stayed in one piece when I served the pie. I was surprised because “I” had never made a flaky pie crust before, also because it was gluten free and it tasted good enough for Fabgrandpa to ask me to make some more.

We are having company tomorrow in the middle of the day. It is a rarity to get company here in Alabama, so I am making a sweet potato pie to serve with coffee when they get here. I baked the sweet potatoes, and made a pie crust, not from scratch but from a mix, and it held together and looked soooo pretty in the pie plate.

Mix all ingredients together in a bowl until well blended. Pour into an unbaked gluten free pie crust. Bake at 425 degrees or until set in the middle. How much easier could it be?